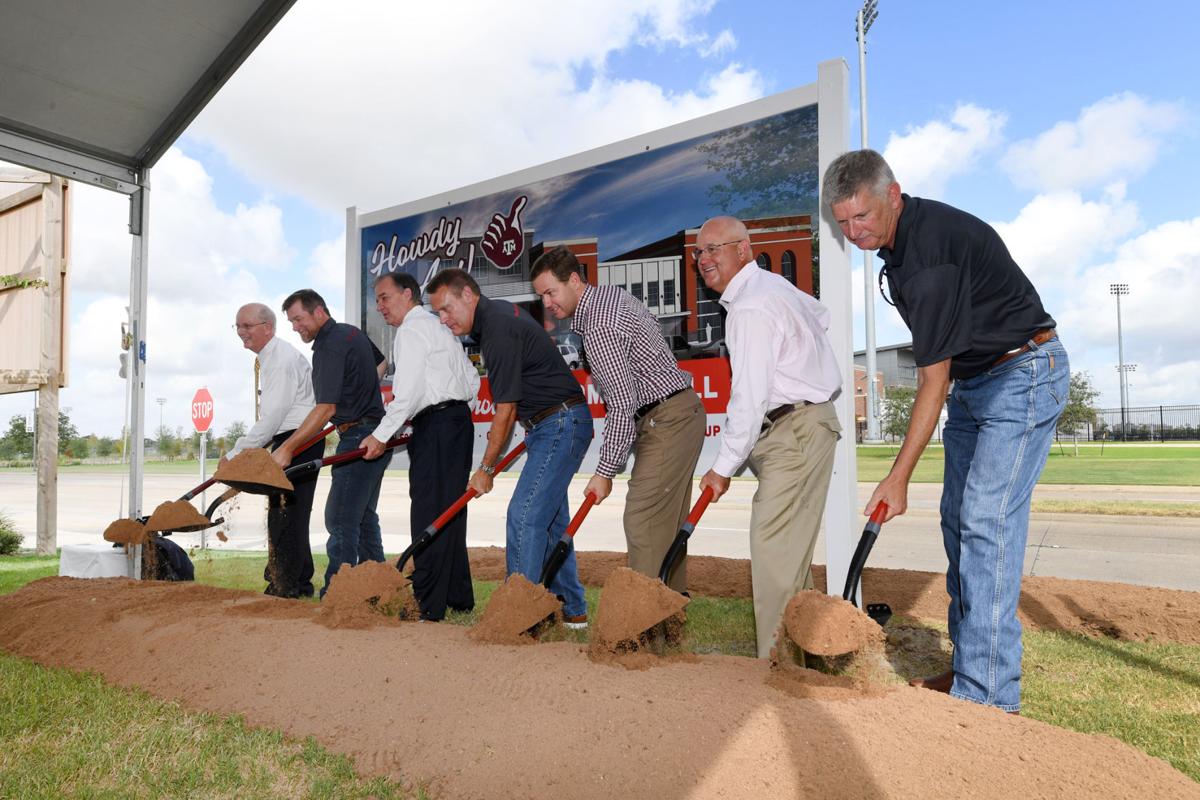 A ceremonial groundbreaking for a new Brookshire Brothers store takes place Thursday near the George Bush Drive and Park West Boulevard intersection. The grocery store is expected to open in fall 2020. 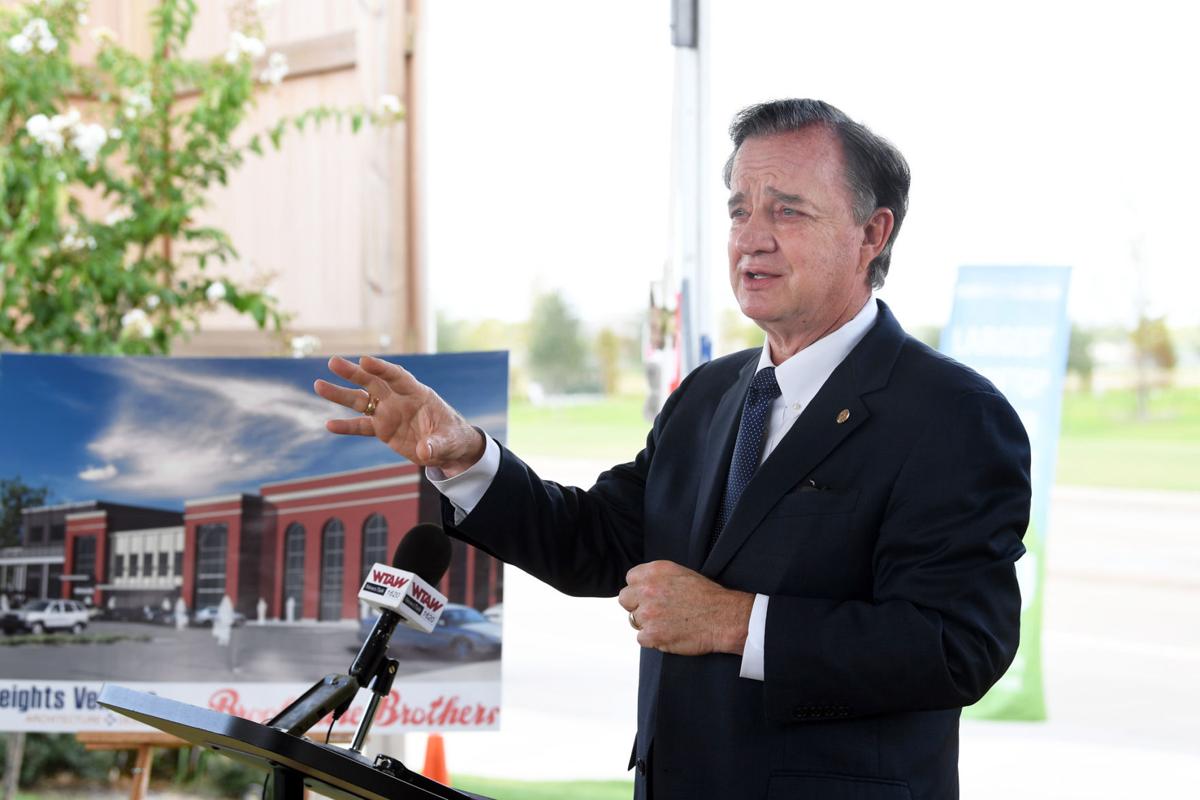 Texas A&M University System Chancellor John Sharp talks about the convenience a Brookshire Brothers store at the corner of George Bush Drive and Park West Boulevard will offer to residents and visitors while speaking at Thursday's groundbreaking ceremony. 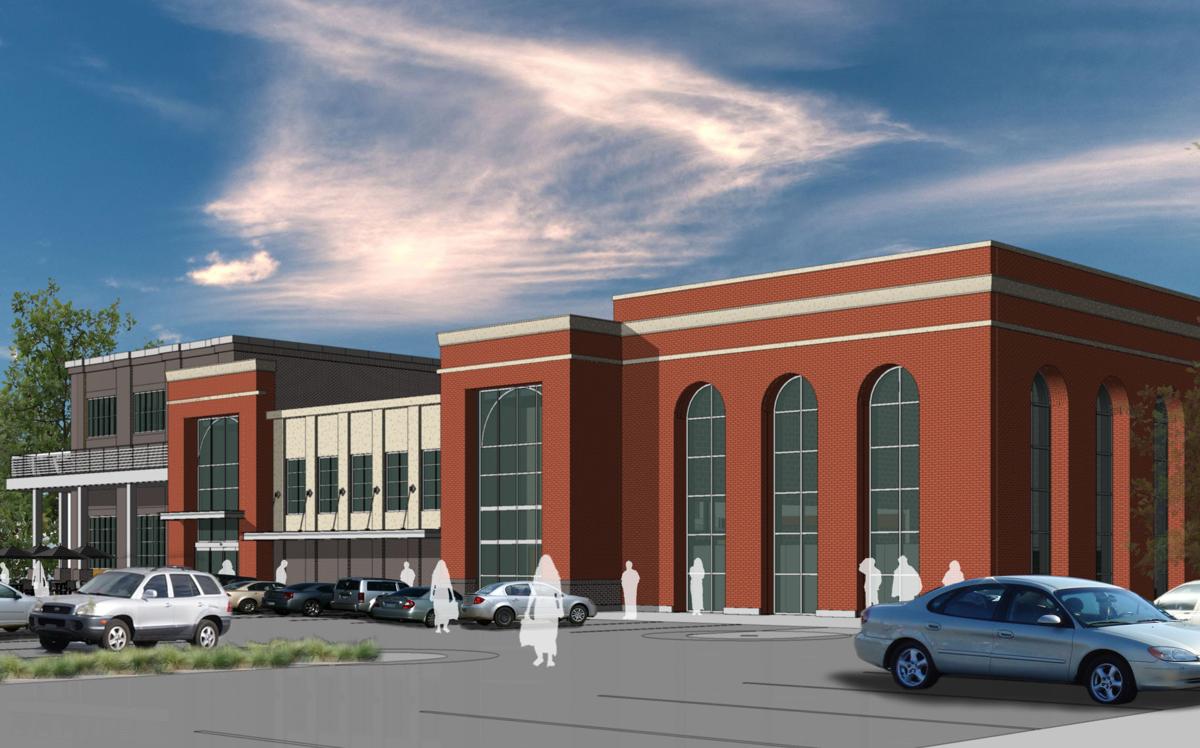 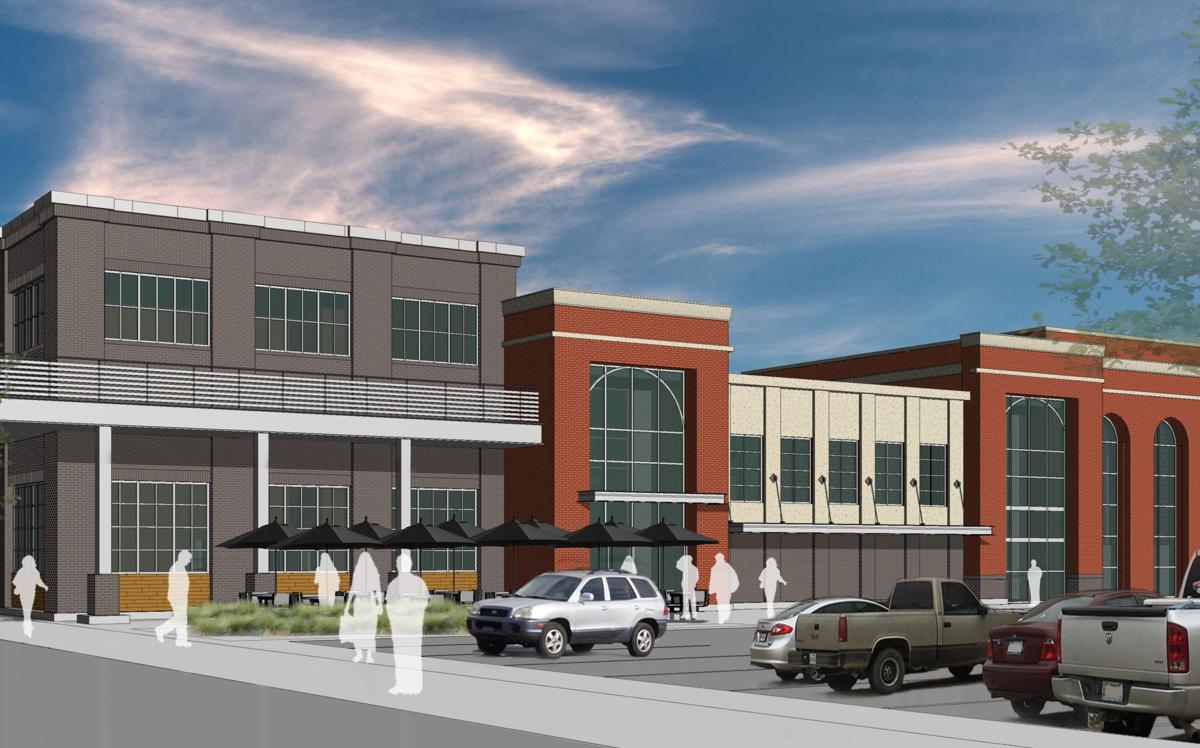 The Lufkin-based grocer Brookshire Brothers will open a location on the west side of the Texas A&M University campus in fall 2020.

About 60 people gathered Thursday morning for a formal announcement and ceremonial dirt turning as officials prepare to begin construction on the 40,000-square-foot facility that will include a full-service pharmacy, an outdoor concert venue, online shopping options and a hot deli.

Near the intersection of George Bush Drive and Penberthy Boulevard, A&M System Chancellor John Sharp said the forthcoming store — next to Park West Apartments — will provide a needed grocery and pharmacy option on the west side of campus.

“This is gonna be a great deal for the students here and for fans using the sports complexes here,” Sharp said. “Brookshire Brothers has long been one of the great, great servants of East Texas in particular.”

Sharp said the university system hopes the store location will alleviate traffic on George Bush Drive west of Wellborn Road and give the thousands of A&M students living on or near west campus easier access to a store.

The store’s exterior will be built to resemble Kyle Field, according to John Alston, president of Brookshire Brothers. He said Thursday that the store would hire between 100 and 125 employees next year.

“This location especially will be tailored to the individual students and what they’re looking for,” Alston said. “We’ve listened to the university and what they feel like their needs are. One aspect that was really important for them was a pharmacy.”

According to a Brookshire Brothers release, the store will focus on health and wellness, with a full-service pharmacy, medication counseling, immunizations, nutritional supplements and a handful of at-home testing options, including for flu and strep.

Alston said the store would include international cuisine and produce from local, organic and specialty retailers.

Founded in 1921, Brookshire Brothers has more than 110 locations in Texas and Louisiana, including in Hearne, Navasota and Madisonville. It also operates a number of stand-alone pharmacies, including one in Bryan.

State representatives Kyle Kacal and John Raney attended the groundbreaking ceremony, with Kacal speaking briefly to express appreciation for the partnership between A&M and Brookshire Brothers. Texas Rep. Trent Ashby of Lufkin, who graduated from A&M in the mid-90s, praised the employee-owned grocer’s presence in communities throughout his district.

“They’re the first company that people go to see when there’s a need in the community,” Ashby said. “I’m here to tell you that Aggieland will be blessed by having Brookshire Brothers right here.”

Following the event, Brookshire officials expressed excitement about the planned outdoor concert venue that is set to offer beer on tap and wine. The company has a similar music venue at its Canyon Lake location, according to a press release.

One A&M professor fired, one disciplined after investigations into conduct and commentary

A ceremonial groundbreaking for a new Brookshire Brothers store takes place Thursday near the George Bush Drive and Park West Boulevard intersection. The grocery store is expected to open in fall 2020.

Texas A&M University System Chancellor John Sharp talks about the convenience a Brookshire Brothers store at the corner of George Bush Drive and Park West Boulevard will offer to residents and visitors while speaking at Thursday's groundbreaking ceremony.