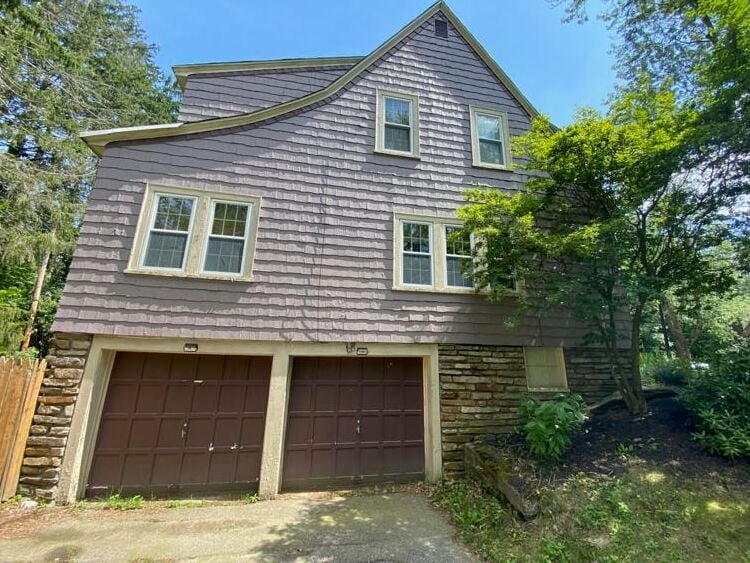 Q: Howdy, Tim. I really need your advice. I’m thinking of residing my house, and it’s time to bite the bullet about repairing a structural issue that’s been getting worse each year. The floor in my living room has sagged 2 inches! The cause has been traced to a support column in between my two garage doors. I’m terrified about what this might cost to repair, and I have no idea what’s involved. Have you ever had to do a similar repair? Who is best suited to correct the problem? What kind of column would you install so it never happens again? — Stephen L., Worcester, Mass.

A: Sagging floors are more common than you might think. In my opinion, the most common causes are wood-eating insects, wood rot caused by water leaks, undersized beams and soil settlement. There are other possible causes, but in my experience the ones I just mentioned account for much of the misery.

Years ago, a married couple hired me to build a room addition and complete a kitchen remodel job. They were so pleased with my work that they later rehired me to do lots of remodeling work on an existing home they moved to as their family grew. The house had a horrible sagging floor in the center of the house. An undersized beam in the basement was to blame, and I fixed it by installing a new column in the basement.

I had to cut into the basement concrete floor to pour a new 3-foot by 3-foot by 1-foot-thick concrete footing pad. Once that was cured, I rented two house-lifting screw jacks. I installed cribbing on the new footer pad to support the jacks, allowing myself space to install a new 4-inch steel column under the sagging beam once we had it re-leveled.

In two weeks the job was finished. Once the old beam was level again, I got the precise measurement I needed between the bottom of the beam and the top of the concrete pad. In one day my welder cut the steel pipe and welded on plates so I could bolt the column to the concrete footer and to the underside of the wood beam. I had the welder drill a hole near the top of the column so we could fill it with dry sand. This prevents the steel column from bending in the event of a house fire.

Stephen, the first step in your journey is to expose the support column in between the two garage doors to see what might be the problem. Wood rot from water leakage or an insect issue should be straightforward. If you see carpenter ants, they usually only like to live and tunnel in soft, moist wood. That would suggest a leak.

Settling soil can be a tougher problem to trace. If the support column is not rotted or eaten by insects, then you need to start to look for other clues that might indicate the footing or foundation below the column has dropped. Check the garage floor for cracks around the support column and use a level to see if the floor is sloping to that area.

I feel the best money you could spend on the job is to hire a residential structural engineer. This professional has dealt with similar issues and can create a drawing that will communicate to bidding contractors exactly what needs to be done to fix the problem. Don’t allow a contractor to tell you he knows what to do unless he also happens to also be a registered structural engineer.

I’m very partial to using steel for support columns. It’s stronger than wood in almost all instances, and it’s easy to have a local welder create exactly what the engineer might draw. Just about every engineer will allow the contractor to use solid-steel shims to make it easy to install custom-length steel columns.

It’s very important that the engineer show in his drawings how to temporarily support the floor or the house as the repair work is being done. What’s more, be sure the engineer makes a recommendation to the amount of lift the contractor can do each day. You don’t ever want to try to jack up a beam in one hour that’s sagged 3 inches!

Once you’ve got the engineer’s plan, it’s time to start talking to remodeling contractors. These pros have the required skills. It’s vital you interview them and ask for at least three references where they have had to fix a similar structural issue. You want to call those homeowners to ask how everything turned out. You don’t want to be the contractor’s guinea pig, for goodness sake!

Keep in mind that steel columns come both round and square. Welders can do all sorts of things to make it easy for you to attach wood to the steel column should you wish to do so. I always used the square columns on my jobs, as I found them infinitely easier to work with.

(Subscribe to Tim’s’ free newsletter and listen to his new podcasts. Go to: AsktheBuilder.com.)

Center your cool even when your kids are losing theirs

Center your cool even when your kids are losing theirs

What to clean every day and what can wait

What to clean every day and what can wait

The health benefits of lavender

The health benefits of lavender

How to prevent indoor rodent invasions

The best way to deal with rodent problems is to prevent rats and mice from ever getting inside in the first place. That can be easier said than done.

Should you rent or buy a home? Ask yourself these 3 questions

Ultimately, the decision comes down to your financial fitness, how long you plan to live in the home and what your cash flow looks like.

The cities with the highest (and lowest) rental vacancy rates

The pandemic has disrupted many aspects of life, and some of the most significant shifts have occurred in housing. A combination of factors could lead to high activity in some parts of the rental market while creating uncertainty or vulnerability in others.

Home & away: Add world travel to your interior design

World travel and global experiences play a big role in architecture and interior design. Here are tips to help you add global elements in your home.

It's true. Alexa can now reheat your pasta

If you have an Amazon Echo, you’ve probably tapped into some of the cool features the virtual assistant Alexa can provide, from controlling your lights and thermostat to grocery shopping and reading off recipes. Now you can add sous-chef to the list of tasks Alexa has mastered—at least when it comes to reheating your food.

Ask the Builder: Texas winter storm autopsy: It can happen to you

Were you one of the millions of homeowners, renters or business owners who suffered from the recent miserable polar weather in the core of the USA? The storm and low temperatures left millions without power, drinking water, food and other necessities. Frozen and burst water pipes in houses and businesses are now as plentiful as flies at a summer cookout.

How to organize and declutter your home, room by room

A few tricks can help you find air mattress leaks‌

All air mattresses leak. But if you seem to be doing more re-inflating than sleeping, it’s time to put on your detective cap and search for that leak.

6 surprisingly easy home upgrades you can accomplish in an afternoon

Trying to create the home of your dreams? Never underestimate the satisfaction of completing small house projects. Here are six mini home makeovers that can be accomplished in an afternoon.

Just six feet wide and covering 1,034 square feet, the five-story property was once a hat shop.