After 23 years as a physician assistant, Leslie Clayton remains rankled by one facet of her vocation: its title. Specifically, the word “assistant.”

Patients have asked if she’s heading to medical school or in the middle of it. The term confounded even her family, she said: It took years for her parents to understand she did more than take blood pressure and perform similar basic tasks.

“There is an assumption that there has to be some sort of direct, hands-on oversight for us to do our work, and that’s not been accurate for decades,” said Clayton, who practices at a clinic in Golden Valley, Minnesota. “We don’t assist. We provide care as part of a team.”

Seeking greater respect for their profession, physician assistants are pushing to rebrand themselves as “physician associates.” Their national group formally replaced “assistant” with “associate” in its name in May, transforming into the American Academy of Physician Associates. The group wants state legislatures and regulatory bodies to legally enshrine the name change in statutes and rules. The association estimates the entire cost of revising the profession’s title will reach nearly $22 million.

Rechristening the P.A. name has spiked the blood pressures of physicians. They complain that some patients will wrongly assume a “physician associate” is a junior doctor, much as an attorney who has not yet made partner is an associate. The head of the American Medical Association warned that the change “will undoubtedly confuse patients and is clearly an attempt to advance their pursuit toward independent practice.” The American Osteopathic Association, another group that represents doctors, accused the P.A.s and other nonphysician clinicians of trying “to obfuscate their credentials through title misappropriation.” 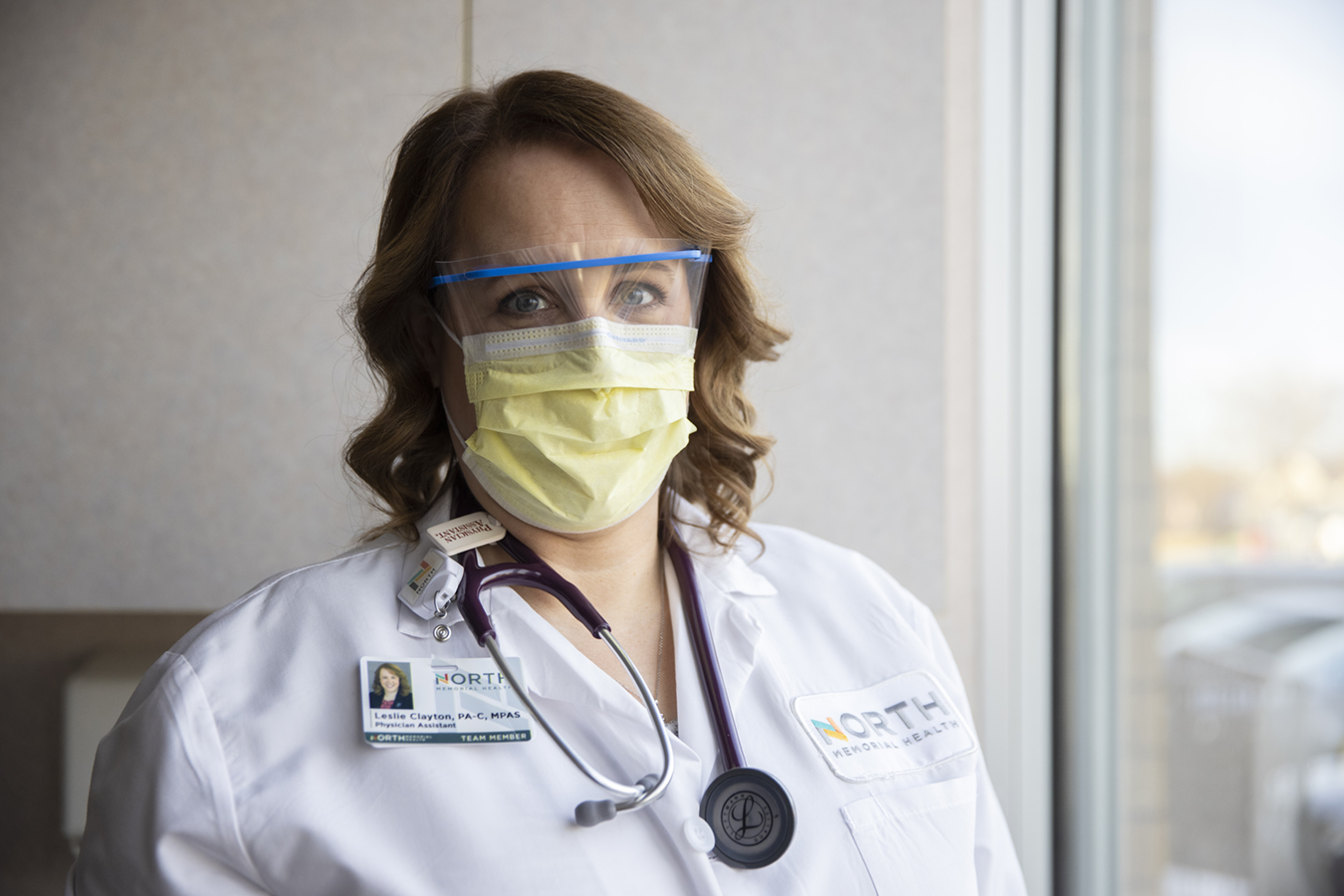 In medicine, seemingly innocuous title changes are inflamed by the unending turf wars between various levels of practitioners who jealously guard their professional prerogatives and the kind of care they are authorized to perform. Just this year, the National Conference of State Legislatures catalogued 280 bills introduced in statehouses to modify so-called scope-of-practice laws that set the practice boundaries of nurses, physician assistants, pharmacists, paramedics, dental hygienists, optometrists and addiction counselors.

Lawmakers let North Carolina dental hygienists administer local anesthetics; permitted Wyoming optometrists — who, unlike ophthalmologists, do not attend medical school — to use lasers and perform surgeries in certain circumstances; and authorized Arkansas certified nurse practitioners to practice independently. The physicians’ lobby aggressively fights these kinds of proposals in state legislatures, accusing other disciplines of trying to incrementally horn in on things doctors claim only they are competent to do.

Physician assistants, as they are still legally called, have been steadily granted greater autonomy over the years since 1967, when the Duke University School of Medicine graduated four former Navy medics as the nation’s first class of P.A.s. Today they can perform many of the routine tasks of doctors, such as examining patients, prescribing most kinds of medications and ordering tests. In most states, all that usually happens without the need for a physician signoff or having a physician in the same room or even in the same building. The profession is pressing for more: it wants to abolish state mandates that P.A.s must be formally supervised by physicians or have written agreements with a doctor spelling out the P.A.’s role.

Generally, a P.A. master’s degree takes 27 months to earn and includes about 2,000 hours of clinical work. By comparison, family physicians usually attend four years of medical school and then do three-year residencies during which they clock about 10,000 hours. (Specialists spend even more time in residencies.) Nearly 150,000 P.A.s were practicing in 2020 in the U.S. Their median annual pay that year was $115,390, slightly above the $111,680 median pay for nurse practitioners, who perform jobs similar to P.A.s. The median annual pay for a family physician was $207,380.

P.A.s aren’t alone in losing patience with their titles. In August, the American Association of Nurse Anesthetists renamed itself the American Association of Nurse Anesthesiology — its third name since it was founded in 1931. President Dina Velocci said the term “anesthetist” baffles the public and is hard to pronounce, even when she helps people sound out each syllable. (It’s uh-NES-thuh-tist in the U.S. and indicates a registered nurse, usually with a bachelor’s degree in nursing, who has then received several more years of education and training in anesthesia.)

The association’s new name is justified since “we’re doing the lion’s share of all the anesthetics in this country,” Velocci said. “I’m definitely not trying to say I’m a physician. I’m clearly using ‘nurse’ in front of it.” Physicians’ groups have condemned the change, though the legal title for the profession remains certified registered nurse anesthetist, or CRNA.

Likewise, the P.A.s say there’s no ulterior motive in altering their name. “Changing the title is really just to address that misperception that we only assist,” said Jennifer Orozco, president of the P.A. association and an administrator at Rush University Medical Center in Chicago. “It won’t change what we do.”

They say “assistant” confuses not just patients but also state lawmakers and those who hire medical professionals. When Clayton recently testified before Minnesota legislators about a scope-of-practice bill, she said, lawmakers “just couldn’t get their heads around” the concept of “an assistant who doesn’t have a direct supervisor.” The message she said they gave her: “You guys really need to do something about your title.”

The P.A. association’s consultants developed more than 100 alternatives, including “medical care practitioner” and the widely derided neologism “praxician.” “Physician associate” won out thanks to several advantages. It allowed P.A.s to continue to introduce themselves with the same initials, and it had been flirted with as an alternative throughout the profession’s history to distinguish the most highly trained P.A.s from those with less training. The association even briefly used “associate” in its name for two years in the 1970s, and Yale School of Medicine has offered a physician associate degree since 1971.

But a name change alone won’t resolve other disadvantages P.A.s face. In some states, doctors are required to meet regularly with P.A.s, periodically visit them in person if they work at a different location and review sample patient charts on a recurring basis. States generally mandate less oversight for nurse practitioners, making them more appealing to some employers.

“We’ve heard from our P.A. colleagues that they’re getting passed over for jobs by nurse practitioners,” said April Stouder, associate director of the Duke Physician Assistant Program.

Many physicians offer concerns about patient safety if P.A.s drift too far from their oversight. Dr. Colene Arnold, a gynecologist in Newington, New Hampshire, started her medical career as a P.A., practicing with little supervision. In retrospect, she said, “I didn’t recognize the severity of what I was seeing, and that’s scary.”

Dr. Kevin Klauer, CEO of the osteopathic association, said misdiagnoses by a solo P.A. are more likely than when a physician is involved. “If you go to Jiffy Lube and you want an oil change and a tire rotation, that’s what they’re going to do,” he said. “Medicine is not like that.”

Orozco, the P.A. association president, said such anxieties are overblown. “They will always collaborate with physicians and really want to keep working in that team-based environment,” she said. Doctors should welcome P.A.s to help fill physician shortages in primary care, behavioral health and telemedicine and free up doctors to focus on complex cases, she added.

“I can have a jet engine mechanic change the tires on my car,” she said, “but do I need that every single time?’”

KHN (Kaiser Health News) is a national newsroom that produces in-depth journalism about health issues. Together with Policy Analysis and Polling, KHN is one of the three major operating programs at KFF (Kaiser Family Foundation). KFF is an endowed nonprofit organization providing information on health issues to the nation.

This story can be republished for free (details).

Sign up here to get the latest health & fitness updates in your inbox every week!

Here's how to get your free home COVID test kits

Home COVID tests are now available at no cost to most Americans, as part of the Biden administration's effort to increase testing around the United States.

Here are 25 ways to stay warm this winter — with or without indoor heating — that won't break the bank.

If not handled correctly, to-do lists can turn into failure lists, which actually decreases productivity and morale.

People who use e-cigarettes and test positive for COVID-19 have a higher frequency of experiencing COVID-19 symptoms, research has found.

Djokovic back into swing in Australia despite visa concerns

MELBOURNE, Australia (AP) — Tennis star Novak Djokovic held a practice session at Melbourne Park on Tuesday, his second day out of detention, focusing on his Australian Open title defense while still facing the prospect of deportation because he’s not vaccinated for COVID-19.

WELLINGTON, New Zealand (AP) — The blast from the volcano could be heard in Alaska, and the waves crossed the ocean to cause an oil spill and two drownings in Peru. The startling satellite images resembled a massive nuclear explosion.

WASHINGTON (AP) — He was supposed to break through the congressional logjam. End the pandemic. Get the economy back on track.

Home COVID tests to be covered by insurers starting Saturday

Starting Saturday, private health insurers will be required to cover up to eight home COVID-19 tests per month for people on their plans.

Top tips to avoid back injuries when shoveling snow this winter

Snow shoveling can be a rigorous aerobic activity that significantly stresses the back. Here are a few tips and techniques to avoid serious injury.

By the numbers: Stats that tell story of Biden's first year

WASHINGTON (AP) — By some counts, President Joe Biden can lay claim to a banner first year in office. But numbers also reveal plenty of setbacks.