Texas peanut producers experienced a difficult 2020 growing season due to drought, according to a Texas A&M AgriLife Extension Service expert.

“Harvest is almost done in most areas because there’s not been much rain to slow us down like in 2019,” she said. “There’s not much positive news beyond that on the production side.”

Despite planted acres being up more than 13%, yields on those acres were down 11.5%, according to the report. Peanut producers netted 2,700 pounds of peanuts per acre on average compared to 3,050 pounds per acre last year.

Kimura said the No. 1 cause for reduced yields was the lack of moisture despite irrigation efforts.

“Some producers in West Texas said they experienced worse drought conditions than in 2011,” she said. “One producer said he’d never had a season without a single drop of rain until this year.”

“I count April because any rains leading up to May planting typically set up the crop for good establishment,” she said. “Rains in July and August are very critical for the crop’s development, and less than 2 inches over the season was not enough.”

Kimura said rain measurements at the weather station in Memphis, which is a good indicator for High Plains peanut fields, were not as bad but still 7 inches below last year. Stephenville and South Texas fields also received below-normal rainfall amounts on average.

The silver lining in a lack of moisture was below-average pest and disease pressure, Kimura said. There were some cases of leaf spot in South Texas, but nothing major to report across the state.

Quality grades will potentially decline for some growers due to a freeze event in late October, she said. Temperatures dropped from 80 degrees to 25 degrees on Oct. 26-27.

Kimura said the impact on exposed peanuts depended on how much moisture was in the kernel during the freeze, but even pods dry enough likely sustained some damage. One producer reported digging 5,000 acres of peanuts before the looming freeze was apparent.

“Once they dig, the peanuts need to dry down for a week,” she said. “Some producers did not learn about the freeze soon enough or were caught by surprise. But those who didn’t dig likely didn’t sustain as much damage as those who dug before the freeze.”

But the average per-acre yields mean many producers endured a very difficult growing season, she said.

“Conditions were crazy this year,” she said. “It was really difficult to talk to peanut producers in West Texas because they were depressed by the drought on top of everything else going on. As specialists, we make recommendations and give options that can improve a grower’s outcome, but there’s not much we can do about zero rainfall.”

Prices low, but demand up

U.S. peanut acres increased 17%, according to the U.S. Department of Agriculture. Those acres were producing high yields on average, which translates into a 21% higher production forecast compared to 2019.

But domestic and export demand has also increased dramatically, he said. Demand for peanut butter and candy during the COVID-19 pandemic drove domestic increases, and exports increased 36% compared to last year as China ramped up purchase orders.

Low peanut prices — $424 per ton for runners; $428 per ton for Virginia peanuts, for example — will likely make them eligible for government assistance, he said. The break-even price, or the price that would cover input costs, as well as equipment depreciation and other expenses to produce a ton of peanuts, is $430 on average, according to AgriLife Extension economist calculations.

USDA Price Loss Coverage, PLC, payments could benefit farmers who participated in the 2020-2021 program, he said.

“That’s important for a farmer’s gross margin,” he said. “But the final estimated payment will depend on the actual PLC-based yield from the individual farm, and the final reference price for the 2020-21 season.”

Temperatures were typical for this time of year. Wind gusts over 20 mph caused soil moisture loss. Topsoil moisture conditions continued to deteriorate and remained inadequate for crop germination. Just over half the counties reported short soil moisture. Additional winter wheat plantings were in limbo pending receipt of significant precipitation. The outlook for rainfall over the next week to 10 days remained bleak. The very few winter wheat fields that germinated emerged unevenly. Pastures were deteriorating, and stock tanks were drying up. Livestock were in good condition as producers supplemented with hay. Warm temperatures helped minimize feeding requirements for livestock. The pecan harvest was going well, and peanut and cotton harvests were complete. Most small grain acres were planted, and some cover crops were still being planted over second-crop corn acres. Second-crop corn and sorghum quality and yields were very good.

Weather conditions remained extremely dry. Some fieldwork was still ongoing, but low moisture conditions were limiting most producers. The ratoon rice crop was being harvested. Rain was needed for winter pastures — wheat, oats and ryegrass — as soil moisture reached critical levels. The final hay cutting was wrapping up. Cattle were in good condition. Weaning and culling continued, and livestock markets continued to report large sale volumes. Some producers were feeding hay and protein. Livestock water was a growing concern, and more producers were starting to consider alternative means for providing water through filling stock ponds or placing water troughs. The pecan harvest continued with good yields reported.

Soil moisture levels continued to decline. Some forage crops were beginning to show stress, while some areas were performing well. Irrigation of backyard fall gardens increased. Overall, livestock were in good condition. Soil moisture levels were short to surplus with short levels being the most common.

Moisture conditions continued to decline with no rain reported across the district. Rangeland and pasture conditions were declining as a result. Kinney County reported winter wheat had not been planted due to warm temperatures and dry conditions. Livestock conditions were fair to good with supplemental feeding. Harvested white-tailed deer were in good condition.

When it comes to cattle and minerals, what works for a rancher 700 miles away may actually work better for you than what works for a neighbor 7 miles down the road; it all depends on what is in your soil, supplements, feed, forage and water supply. 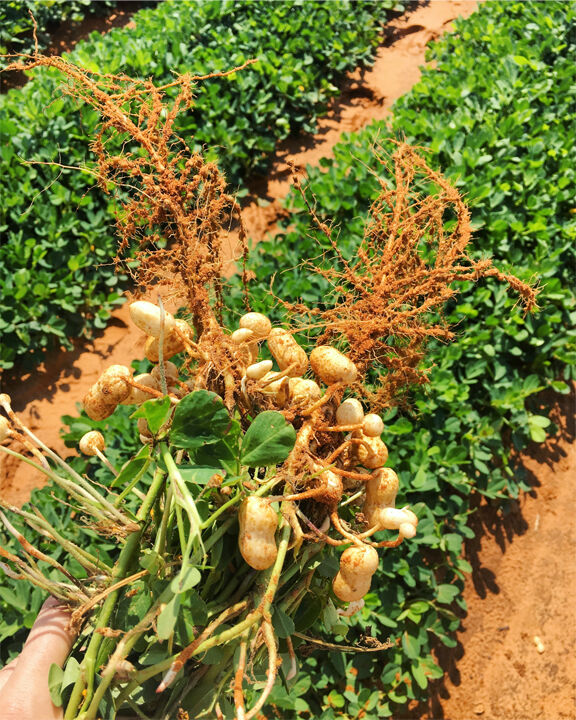 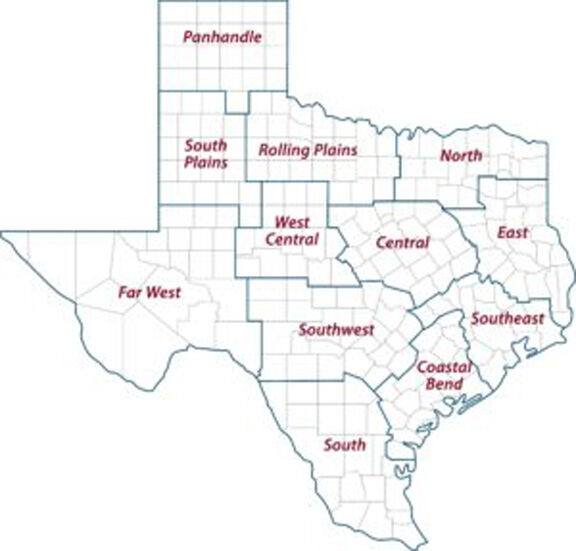