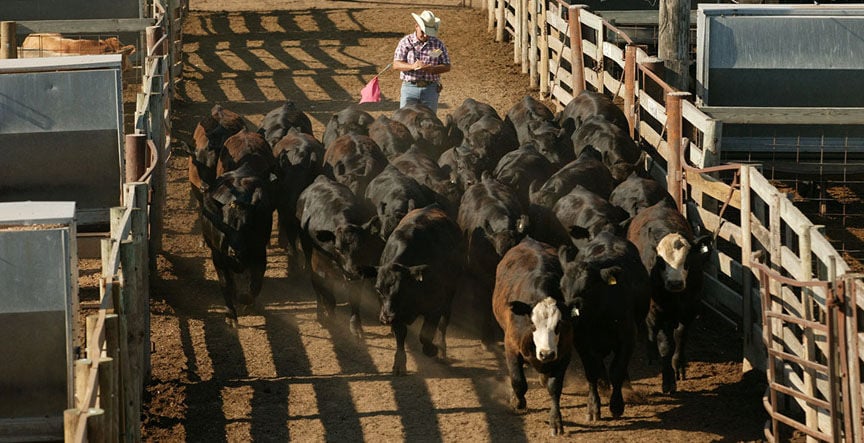 Bringing foot-and-mouth disease to the United States would significantly impact our economy. 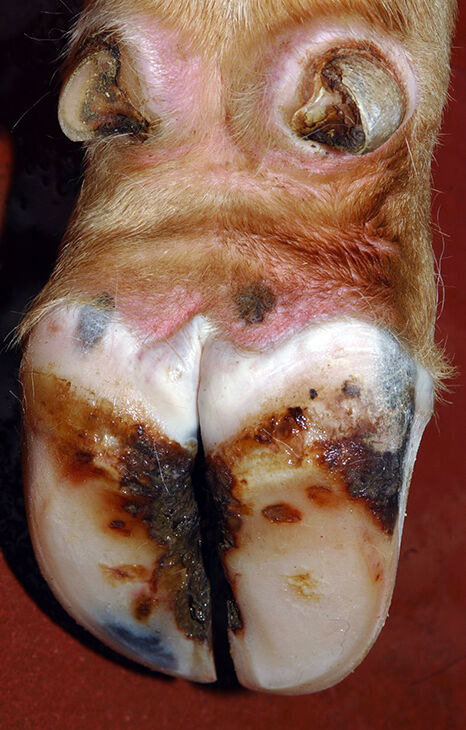 Foot-and-mouth disease is a highly contagious virus that affects all cloven-hooved animals including livestock and wildlife.

Although the United States has not had foot-and-mouth disease (FMD) since 1929, it’s still affecting livestock elsewhere around the world — and that could return it here. According to the World Animal Health Organization, FMD circulates in 77% of the global livestock population, including in areas in Africa, the Middle East, Asia and South America. Bringing FMD to the United States would paralyze our agriculture and significantly impact our economy.

FMD is a highly contagious virus that affects all cloven-hooved animals, including livestock and wildlife. It is not transmissible to humans and does not pose public health or food safety concerns. The initial clinical signs in cattle include fever and vesicles, or blisters. The blisters may appear on the tongue and lips, between the claws of the feet, on the coronary band and on the teats. Producers may first notice lameness and salivation due to these lesions. Animals may go off feed due to erosions and ulcers in the mouth. Abortions may occur.

In cattle that have never experienced FMD, it is likely all exposed cattle will develop the disease. Most deaths occur in young animals; adult deaths are rare. Although adults most often recover, the long-term production losses in those animals are significant.

The virus is transmitted through aerosolized respiratory droplets and other body secretions, including saliva, feces, semen, urine and milk. Transmission can occur indirectly through fomites such as contaminated footwear, clothing, equipment and vehicles.

The virus is relatively stable in organic matter such as manure. In moist and cool temperatures, it may remain stable for up to weeks or even months.

Although the virus does not cause disease in humans, it can be maintained in human respiratory tracts for up to 48 hours.

FMD is a reportable disease in the United States. Several endemic diseases currently in the United States, such as bovine viral diarrhea virus, can show clinical signs similar to FMD. Vesicular stomatitis, another reportable disease with similar clinical signs, was diagnosed in Oklahoma in both 2019 and 2020. Producers and veterinarians must report any animal with unusual illness or signs consistent with disease to either their state veterinarian or the USDA area veterinarian in charge.

FMD would devastate the U.S. livestock industry and cause catastrophic losses, hitting both the economy and animal welfare.

Potential losses to the beef industry could range from $15 billion to $100 billion. Additionally, communities and secondary industries reliant upon beef and pork production would experience long-term and potentially irreversible negative impacts.

State and federal animal health officials continue to prepare for FMD in the United States. Emergency response plans are evolving and focus on potential vaccination and limitations of movement. Recent farm bill funding is intended to establish an exclusive U.S. vaccine bank in addition to the existing North American FMD vaccine bank. There are seven known types and more than 60 subtypes of the FMD virus. It is important to recognize that immunity from vaccination to one type does not establish protection against other types or subtypes.

Biosecurity preparedness at all levels of production is the key to preventing FMD. Producers should evaluate plans for their own operations, particularly with respect to international visitors, travel and packages. More information on biosecurity plans can be found at www.securebeef.org.

Bringing foot-and-mouth disease to the United States would significantly impact our economy.

Foot-and-mouth disease is a highly contagious virus that affects all cloven-hooved animals including livestock and wildlife.