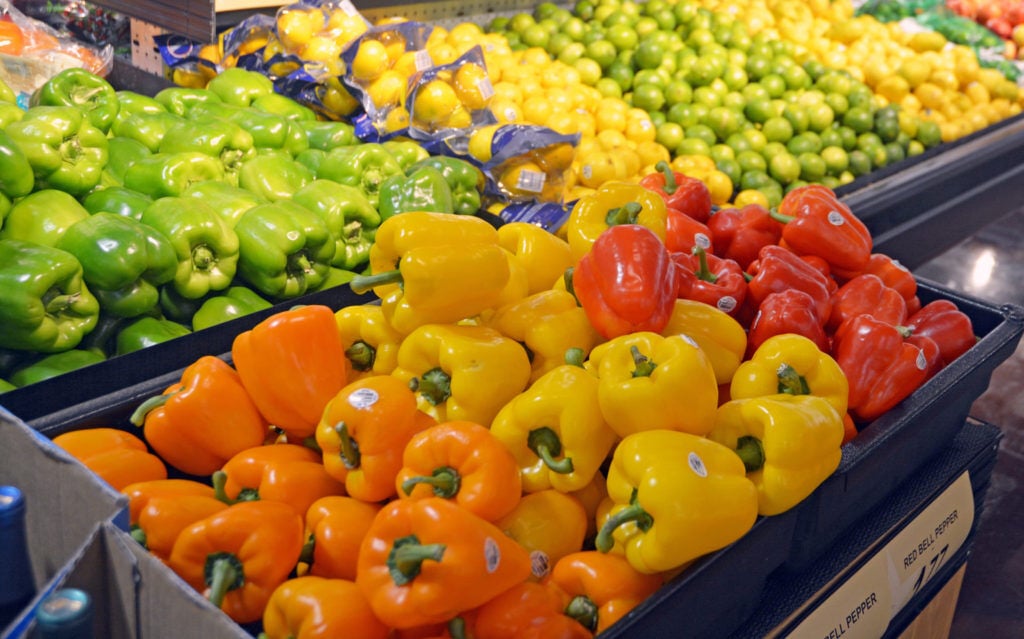 Agricultural trade benefits the economy and allows consumers greater flexibility in acquiring the items they desire. 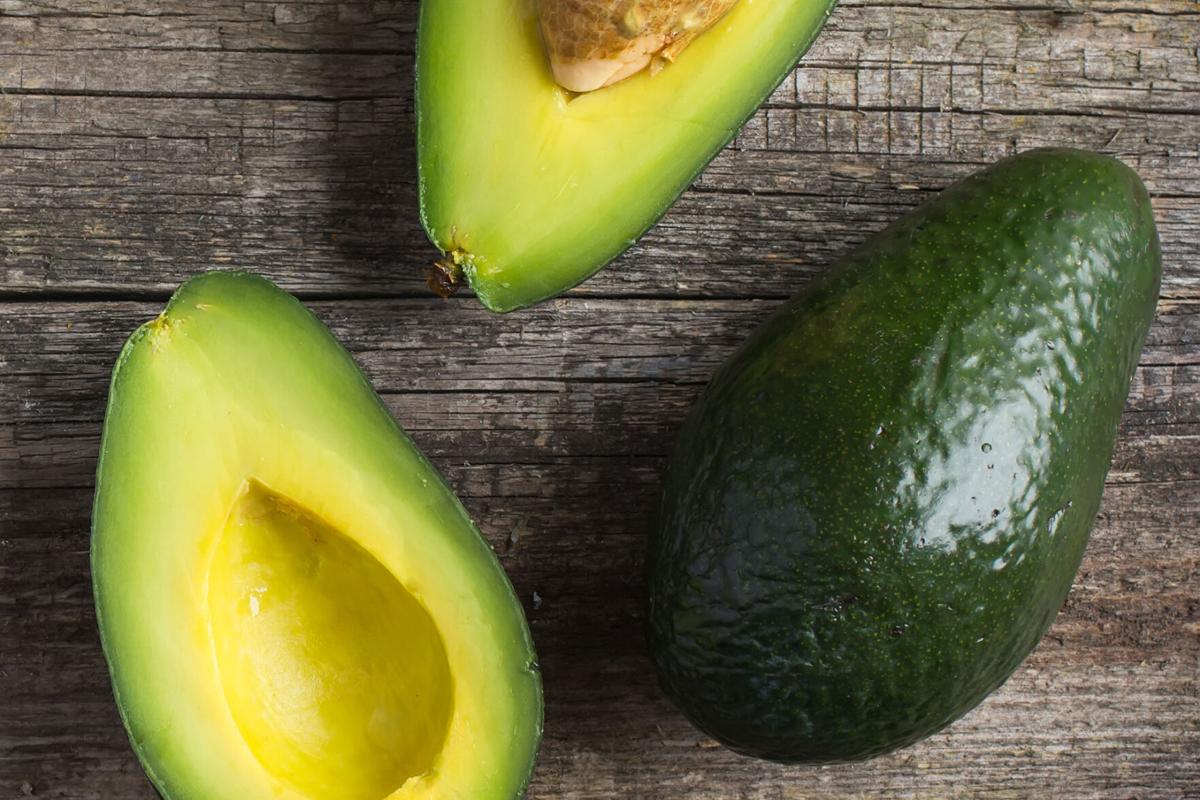 Even though 2020 was a record year for U.S. avocado production, the whole of domestic production was only able to meet one-tenth of the nation’s consumer demand.

In 2017, Texas, New Mexico, Arizona and Califonia received an estimated $783.9 million of direct economic output as a result of produce imports from Mexico.

Economic activity related to the importation and exportation of agricultural products benefits consumers and helps stimulate both the Texas and U.S. economy, according to experts from the Department of Agricultural Economics in the Texas A&M College of Agriculture and Life Sciences.

He said although there is sometimes a negative connotation associated with agricultural importation, the fact is that our ability to import fruits and vegetables from other countries, as well as our ability to export them, is beneficial to our consumers and economy.

“It means consumers can get the products they want when they want them, and the two-way trade serves to bolster both the Texas and U.S. economy,” he explained.

He noted that for nearly two decades, the U.S. Department of Commerce’s Bureau of Economic Analysis, BEA, has ranked Texas as the No. 1 exporter among U.S. states.

“Texas shipped $279.3 billion worth of goods around the globe in 2020,” Ribera said. “The state outperformed all other states, with the value of its exports accounting for 19.5% of overall U.S. exported products for 2020.”

Ribera said while agricultural products have become a smaller portion of the state’s exports as the Texas economy has evolved and become more diverse, the U.S. Department of Agriculture Foreign Agriculture Service estimated its agricultural exports in 2020 at more than $6.5 billion.

Additionally, the Business Roundtable notes international trade, including exports and imports, also supports 3 million Texas jobs. These trade-related jobs are at both large and small companies, on farms, in factories and at the headquarters of Texas’ globally engaged firms.

Prior to becoming AFPC co-director, Fischer served as chief economist and deputy staff director of the House Committee on Agriculture. In that role, he also served as a trade adviser to the committee chairman, working on oversight of the renegotiation of the North American Free Trade Agreement, NAFTA, and implementation of the United States-Mexico-Canada Agreement, USMCA.

“There is still sensitivity on the part of many U.S. producers about our striking the right balance in agricultural trade,” he said. “Many growers argue that the growth in fruit and vegetable imports from Mexico is the result of unfair competition, including lower labor and environmental standards, as well as significant investment from the Mexican government. This is further complicated by the fact that many U.S. companies have a significant presence in Mexico, so some of that ‘trade imbalance’ is actually from companies with U.S. ties providing Mexican-grown produce for importation to the U.S.”

Fischer said, like most things, it’s a matter of “finding the right balance“ between imports and exports, but it is a fact that both provide consumer and economic benefits.

Imports across the U.S.-Mexico border

A report by AgriLife Extension’s Center for North American Studies stated that when considering the entire U.S.-Mexico border region of Texas, New Mexico, Arizona and California, there was an estimated $783.9 million of direct economic output attributed to produce imports from Mexico during 2017. This is expected to grow to $1.06 billion by 2025, with the leading sectors benefiting from import-related activity being truck transportation and warehousing, followed by sorting, grading and packing, customs brokering and miscellaneous border services.

He also noted that total employment in this four-state region related to handling fresh produce imports is estimated at 18,238 jobs by 2025.

“The economic impact of U.S. produce imports from Mexico on southwestern land ports of entry is substantial and is expected to be around $2.25 billion by 2025,” Ribera said. “In Texas alone, the total economic activity to support the additional imports will be $1.22 billion, along with supporting some 11,281 jobs.”

A case study in avocados

A study on avocados done by the Agribusiness, Food and Consumer Economics Research Center, AFCERC, at the College of Agriculture and Life Sciences showed how their importation benefits both the Texas and U.S. economy.

“Over the past 20 years, there has been a 240% surge in per capita consumption of fresh avocados,” said Oral Capps, center co-director and holder of the Southwest Dairy Marketing Endowed Chair in the university’s Department of Agricultural Economics.

According to Statista, the global avocado market was valued at approximately $12.8 billion in 2019, with that figure expected to exceed $17.9 billion by 2025. It also showed nationwide retail sales of avocados in the U.S. amounted to $2.6 billion in 2020.

“Domestic production alone can only meet about one-tenth of the U.S. demand for avocados, so to meet this demand, we import avocados from other countries,” said Gary Williams, professor of agricultural economics and co-director of AFCERC. “We import the vast majority from Mexico, but the Dominican Republic, Peru, Indonesia, Colombia and Brazil are also among the avocado growing and exporting countries.”

Williams said a 2019 AFCERC economic contribution analysis for Mexican Hass Avocado Import Association, MHAIA, which he prepared with assistance from Daniel Hanselka, AgriLife Extension associate in the Department of Agricultural Economics, showed the benefits of Haas avocado imports as they move through the food supply chain. The report showed importation of $2.82 billion in Haas avocados, which account for some 85-90% of all avocados imported by the U.S., provided these benefits for the U.S. economy:

“Most of this economic benefit was accrued by wholesale, retail and service industries at the state and national level,” Williams said.

Williams also noted the Mexican Hass Avocado Import Association is based in Fort Worth, and many Texas agribusinesses are involved in importing and selling avocados in Texas and around the country.

“A large percentage of the rapidly growing volume of avocado imports into the U.S. comes through Texas ports and has a positive impact on the Texas economy,” he said.

He also noted that, in Mexico, avocado production is responsible for the creation of more than 78,000 direct and permanent jobs as well as more than 310,000 indirect and seasonal jobs.

“These provide a productive living for people in an area of Mexico that was once one of the largest sources of migrant workers in the U.S.,” he said. “There are about 29,000 avocado growers and 65 packers in Mexico, with the vast majority cultivating less than 5 acres of land. That means it’s primarily small family farms and not large agricultural corporations that benefit from the Mexican avocado industry.”

Alternative crops like sunflowers and black-eyed peas experienced a mixed bag of production and market conditions this season, according to a …

The United States Senate passed a major bipartisan infrastructure bill by a 69-30 vote Aug. 10, paving the way for the legislation to become l…

Look for signs of heat stress in cattle

According to the Oklahoma Mesonet, the month of July was cooler than normal with the average temperature below 80 degrees F (www.mesonet.org).…

Agricultural trade benefits the economy and allows consumers greater flexibility in acquiring the items they desire.

Even though 2020 was a record year for U.S. avocado production, the whole of domestic production was only able to meet one-tenth of the nation’s consumer demand.

In 2017, Texas, New Mexico, Arizona and Califonia received an estimated $783.9 million of direct economic output as a result of produce imports from Mexico.