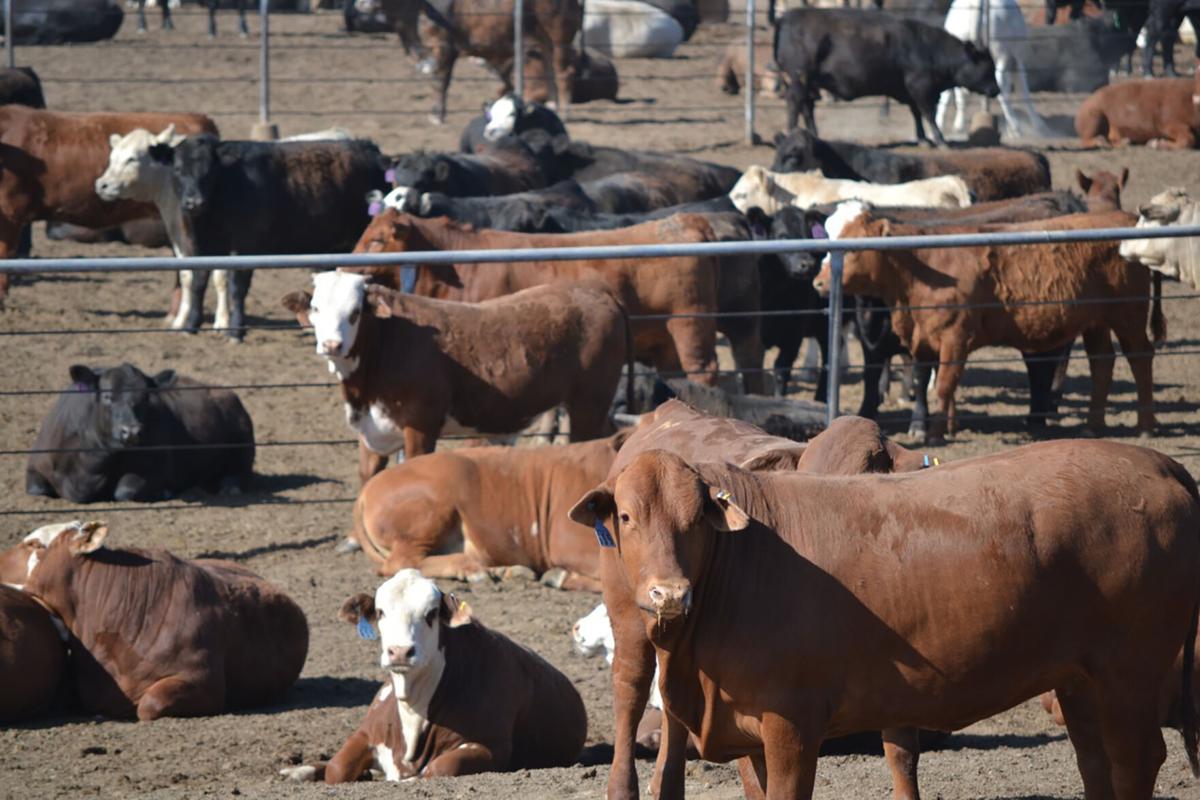 The book “The U.S. Beef Supply Chain: Issues and Challenges,” is the result of a collaboration between Texas A&M’s Agricultural and Food Policy Center, national experts and the U.S. Department of Agriculture. 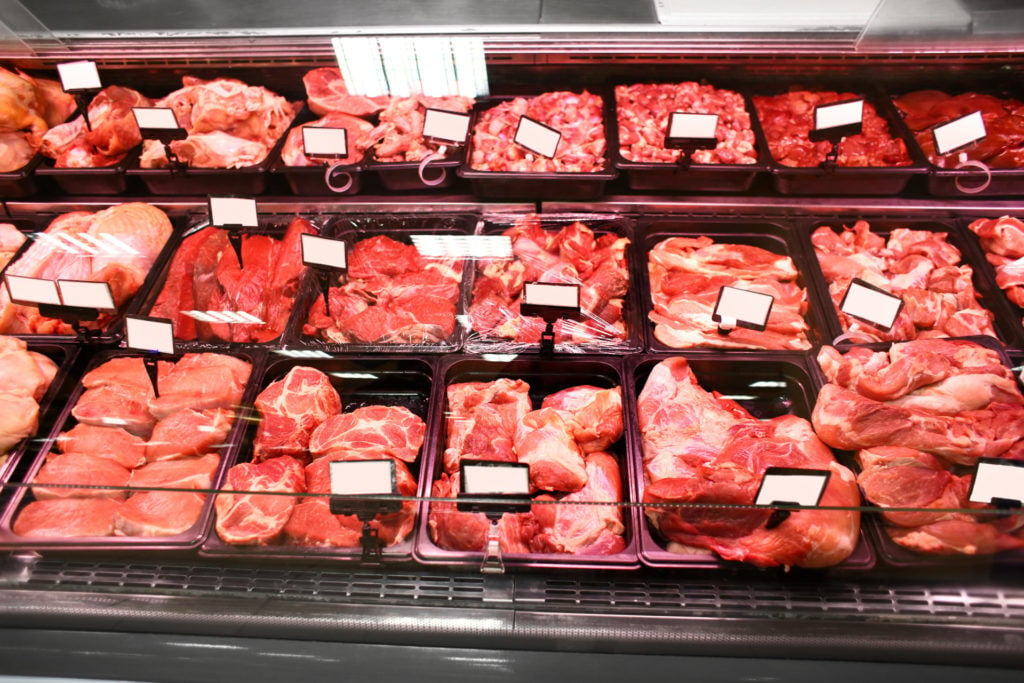 The 180-plus page book, titled “The U.S. Beef Supply Chain: Issues and Challenges” can be viewed on the AFPC website at https://afpc.tamu.edu. It is the result of proceedings from an AFPC-hosted workshop on cattle markets held June 3-4 in Kansas City, Missouri.

The book puts into context a variety of disruptions in the cattle market, including the 2019 fire that took the nation’s second-largest beef packing plant offline for four months, and the COVID-19 pandemic’s effect on packing plants and significant disruption of beef supply chains.

“This is the product of a collaboration between the AFPC and the Office of the Chief Economist at the USDA,” said Bart Fischer, co-director of AFPC and one of the book’s editors. “The work originated from a request by the bipartisan leadership of the Committee on Agriculture in the U.S. House of Representatives during the 116th Congress.”

When preparing this book, the AFPC commissioned papers from noted experts around the country on a variety of topics. Fischer noted that while the book is “admittedly very technical and assumes a working knowledge of the industry,” a definition of technical terms has been provided wherever possible.

In addressing the overall situation of the U.S. cattle market, the book is presented in 10 chapters to focus on some of its key aspects. The chapters are:

How We Got Here: A Historical Perspective on Cattle and Beef Markets.

Price Determination and Price Discovery in the Fed Cattle Market.

Another Look at Alternative Marketing Arrangement Use by the Cattle and Beef Industry.

What Can the Cattle Industry Learn from Other Agricultural Markets That Have Limited Negotiated Trade?

Implications of Fed Cattle Pricing Changes on the Cow-Calf Sector.

The book also notes while economists offer explanations typically tied to supply and demand relationships, others view such events as evidence the system is broken, particularly as it relates to fed cattle pricing, said Joe Outlaw, AFPC co-director and an editor for the book.

“This has also brought about an abundance of legislative proposals from policymakers attempting to address constituent concerns,” he said.

“In our discussions among cattle industry stakeholders, the viewpoints on solutions to current concerns about cattle markets were highly diverse,” said David Anderson, Texas A&M AgriLife Extension Service agricultural economist, Bryan-College Station, who contributed to and was an editor for the book.

He noted, however, there was general agreement that price discovery is important to the functioning of cattle markets, including fed cattle markets.

“But agreement on any related policy changes remains an open question, and there is also concern about the unintended negative consequences of otherwise well-intentioned policy changes,” he said.

Some findings from the AFPC’s evaluation of cattle market concentration — the extent to which a small number of firms or enterprises account for a large proportion of economic activity — include:

Confirming and validating the linkage between fed cattle pricing and packer capacity.

“With respect to fed cattle pricing, research shows that alternative marketing arrangements do not create market power because they do not change underlying supply and demand fundamentals,” the report stated.

Although not necessarily a popular position, most research confirms that the benefits to cattle producers due to economies of size in packing largely offset the costs associated with any market power exerted by packers. Research indicates that there is market power, but its effect has been small.

Findings from the fed cattle pricing and packing capacity evaluations

Some key findings from the AFPC’s evaluation of fed cattle pricing include:

Innovation via alternative marketing arrangements, AMA, originated with feeders who were attempting to capture value associated with improved quality. There has been tremendous variability in the adoption of AMAs, with the Texas-Oklahoma-New Mexico region by far being the largest users.

There was general agreement among cattle market economists consulted that price discovery in fed cattle markets is still robust, even though less than 30% of the transactions are from for-cash negotiations.

Some argue that imposing mandatory minimums on negotiated or cash transactions would improve price discovery in the fed cattle markets and accrue benefits to the cow/calf producer.

However, the report notes it could have the opposite effect, potentially imposing huge costs — up to $16 billion according to one estimate in the book — that would be passed down to cattle producers in the form of lower prices.

While the economists consulted argued that fed cattle price discovery was still robust, they also noted that additional transparency in general would be good because it could help build confidence in the market.

Some key findings from the AFPC’s evaluation of packaging capacity include:

The cyclical nature of the cattle business must be emphasized.

“While cattle supplies have outpaced available packing capacity, that will not always be the case,” the report noted. “As a result, anyone who decides to build additional capacity must understand those market dynamics and be aware that packer margins can plummet with that cycle.”

The report also noted the decline in packing capacity is not a recent event but has occurred over several decades.

“Expansion of small and regional packing capacity needs to be done in a way that is sustainable and economically viable,” it states.

“Over time, the cattle and beef industry has evolved significantly, with a growing set of beef products marketed through a vast array of outlets and export markets, as well as an expanding set of specialized beef markets to meet consumer desires,” Anderson said. “However, in all this time, relatively little has changed in relation to the adversarial relationship between producers and packers.”

During the past decade, the nation’s cattle and calf inventory has averaged 92.1 million head and the net value of trade for all cattle-related markets has been about $1.5 billion annually.

He also noted the COVID-19 pandemic revealed to both consumers and producers that the supply chains for the retail grocery and food-service industry are “largely separate, very specialized and quite complex.”

“It is abundantly apparent the U.S. cattle and beef industry represents one of the most complex set of markets in existence today,” Anderson said.

The book “The U.S. Beef Supply Chain: Issues and Challenges,” is the result of a collaboration between Texas A&M’s Agricultural and Food Policy Center, national experts and the U.S. Department of Agriculture.