When it comes to “wild pig wars,” John Tomecek has been leading the charge in Texas. Now he’s been tapped to take his leadership skills to the national level as the chair-elect of the National Wild Pig Task Force.

“John’s drive, desire and leadership potential led to his nomination to the national task force leadership position,” said Bodenchuk, who made the nomination. “John has leveraged state and cooperative funding to develop better educational programs, refine methods for collecting damage data and demonstrate successful methods to Texans. It was natural for him to lead the National Task Force.”

Tomecek first assumed a leadership role in the war on wild pigs when he was asked to co-chair the Texas Wild Pig Task Force, which coordinates with government agencies and commodity organizations to help direct management, research and outreach activities. This group also provides information and feedback to the Texas Legislature as requested.

As wild pig issues grew across the nation, a dedicated Wild Pig Conference was born, where scientists from across the U.S. exchange information. After a number of years, the National Wild Pig Task Force was formed to act as a national coordinating body to advance the science of wild pig management across the U.S.

Connecting field research to the halls of Congress

The task force is a technical, scientific and leadership alliance of state, federal, provincial and private conservation partners working to reduce free-ranging populations of wild pigs in North America.

According to the group, management of invasive wild pigs has arguably become one of the greatest wildlife management challenges facing natural resource professionals and landowners. The damage these animals cause to forestry, agriculture and natural resources has been tremendous and is often measured in billions of dollars of damage each year.

Texas has been the leader in wild pig issues and management for quite a long time, Tomecek said.

“That’s good and bad,” he said. “In many ways, we are the leader because we have the worst pig problems in the country. At the same time, this allows us to be a leader in helping other states. We can say, ‘Here’s where you’re at; your pig problems are Texas circa 1987. Here’s what you need to do, and here are the pitfalls ahead.’ It allows those of us in Texas to guide meaningful pig management across the country.”

In addition to coordinating with those interested in wild pig management, an important function of the task force is the work it does to provide unbiased information to state legislatures and the U.S. Congress, Tomecek said.

“When things come up in those bodies, it generally relates to policy makers debating wild pig control related to issues such as health and human safety, animal agriculture and health, protection of food securities and national security through food,” he said. “Also, when there are management approaches that are being researched and there are questions about the humaneness and efficacy of control methods, we act as a scientific body that can provide information without any vested interest.”

He said the task force allows the best information and people to be gathered quickly in response to elected officials seeking information or support or who just need to sit down with somebody and get a feel for what needs to be done.

For instance, Tomecek said, many local governments and even state governments might say, “Let’s not invest money in controlling pigs. Hunters will fix this problem for us, or we’ll just have a bounty program.”

He said the task force has pulled together white papers to summarize the knowledge on those things and say, “No, in fact, bounties don’t fix the problem. We can demonstrate that with science. And, no, hunters have not fixed the problem in many states, and let us give you an example of why.” Tomecek said this helps avoid mistakes of the past, and instead, employ the best science-based management available.

The task force also acts as a nongovernmental sounding board for elected officials, Tomecek said.

“The national task force also serves as a way to disseminate good management practices when one of our members has developed an approach that is superior,” he said. “We act as a coordinated group to get that information out to other states or even federal agencies.”

AgriLife Extension a leader for Texas

“All that is good and very boots-on-the-ground, very technical,” Tomecek said. “But what I’ve tried to put my arms around more recently within the pig world is the people aspect.”

He said he has conducted several large-scale surveys of hunters, agricultural producers and other stakeholders — the largest study of its kind from the human-wild pig interactions standpoint.

“We were able to ask questions that really were impactful in terms of how we try to get people to manage pigs. Because the problem is this is not something any amount of government money can fix — we have to have the private landowner willing to do the work.”

So, Tomecek said, AgriLife Extension personnel when going out with outreach and education have been able to ask, “Do you actually manage pigs, and why or why not?”

“We were able to identify key elements that are barriers to people managing pigs,” he said. “Sometimes it is, ‘Gosh, it’s a lot of time or it’s a lot of money,’ or sometimes it’s, ‘I don’t feel like I have the technical knowledge.’ So, we were able to help solve the people side of that equation and help push management of wild pigs in Texas as well as nationwide over the hump we’ve been in, and we are starting to break new ground.”

In addition to his work on the Texas and National Wild Pig Task Forces, Tomecek is also involved in the national Feral Swine Eradication and Control Pilot Program, which was funded in the last farm bill and authorized by Congress. The purpose of the program is to try to finally answer the question of what it takes to eradicate a pig population in a given area, or at least drive numbers down so that the damage is negligible. This represents intense, multistate efforts.

“That was an honor, when the USDA tapped me on the shoulder and said we need you to lead this effort and help us get our arms around this,” he said. “My group is working hand-in-hand with USDA to determine the value of taking control has been and what it takes to get that management done, as well as working out the finer details of saying if you want to eradicate pigs you have to do X, Y, Z, in this order, in this way.

“Our work will ultimately be used by Congress as they debate how to fund this in the future, so it has pushed my group onto the national scene. It also served to establish not only Texas, but also Texas A&M AgriLife Extension, as leaders in this arena.” 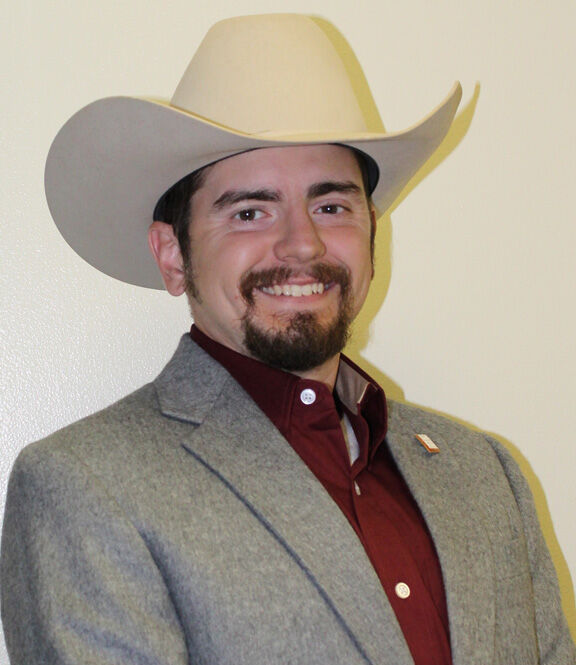 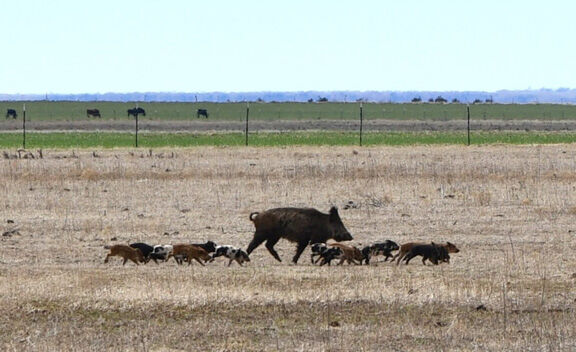 The National Wild Pig Task Force was formed to act as a national coordinating body to advance the science of wild pig management across the country.