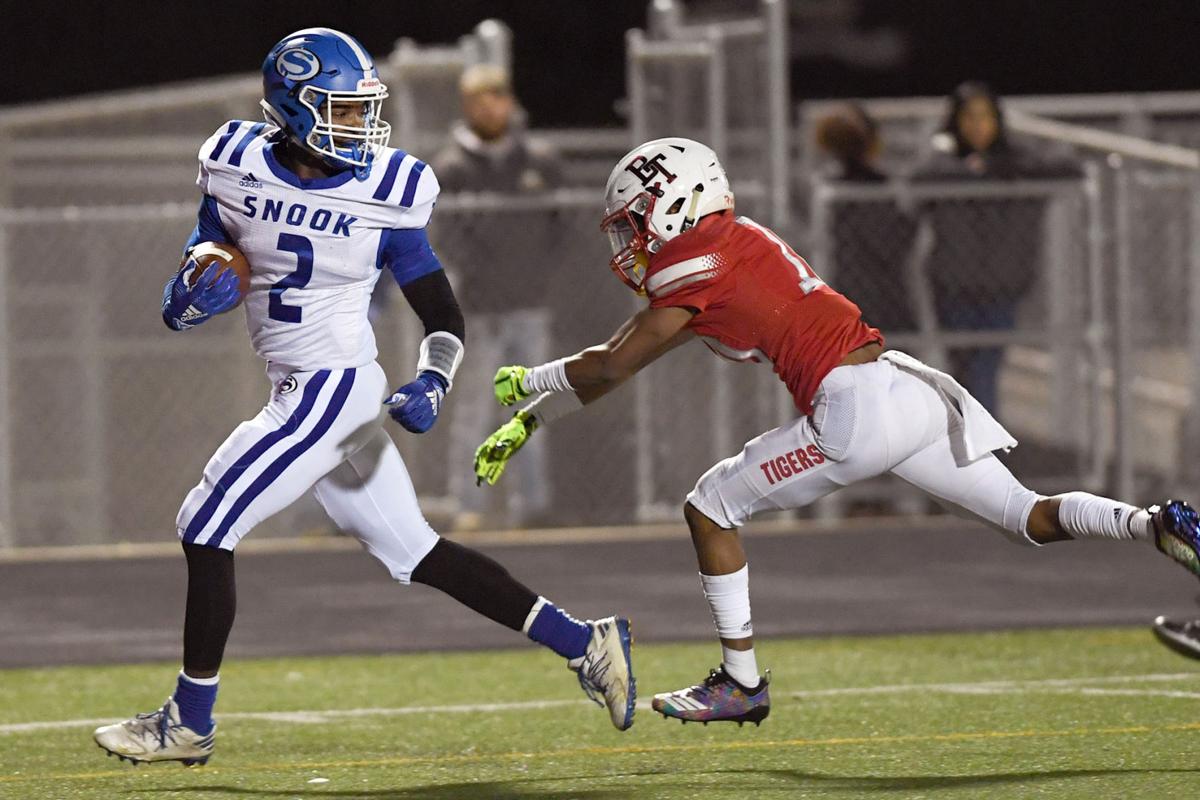 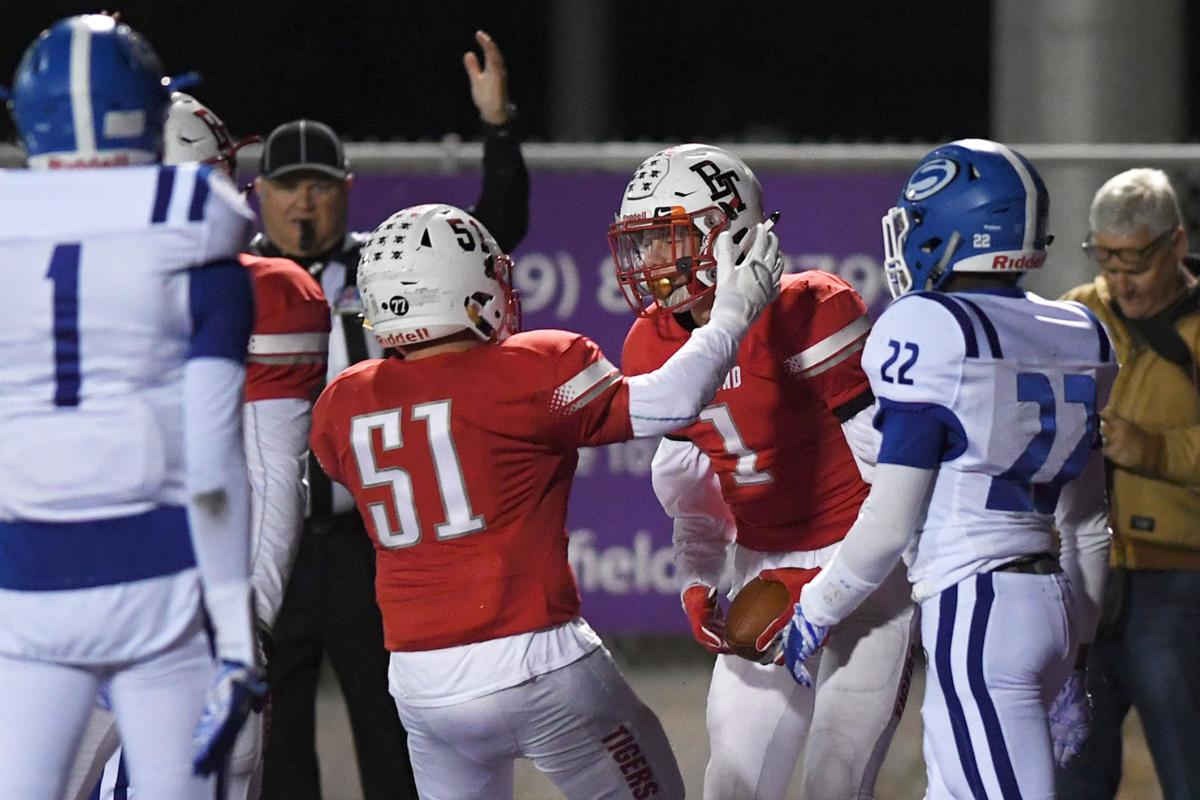 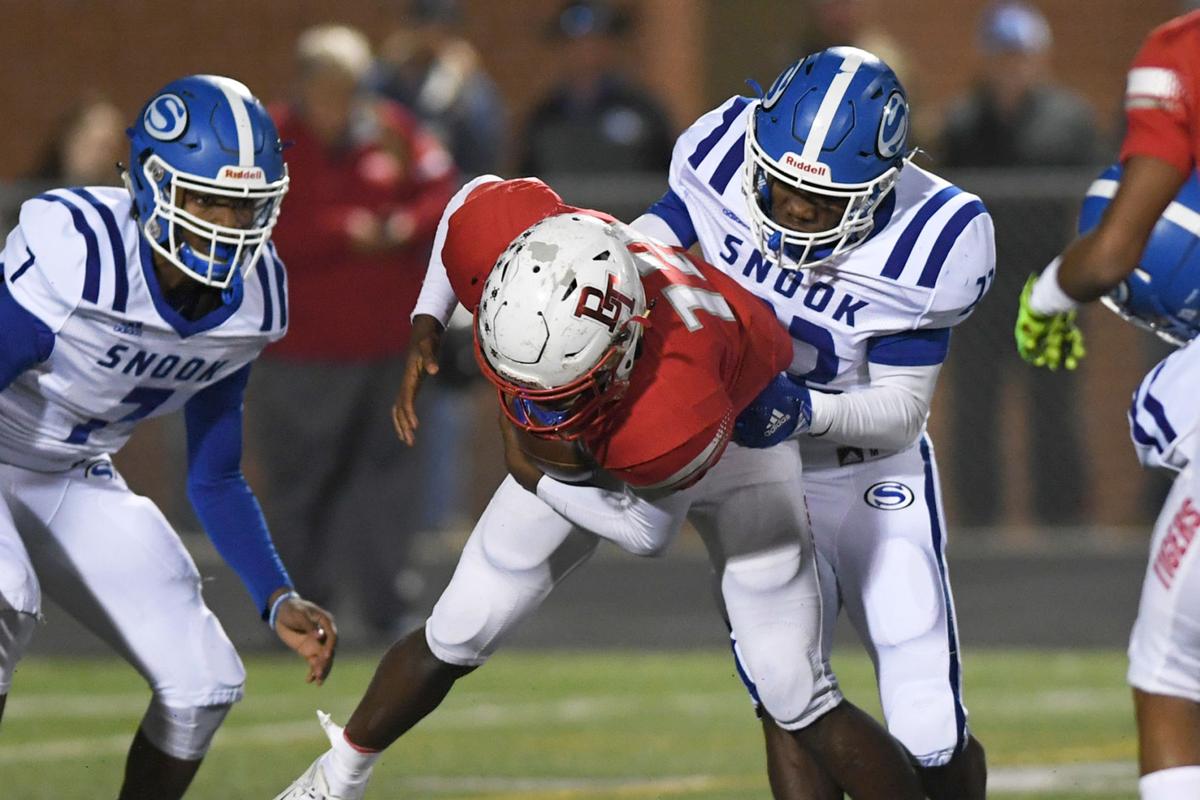 By BRAD COX Special to The Eagle

There isn’t much quit in Snook.

Facing Bremond in a chilly Class 2A Division II bi-district football playoff game, the Bluejays didn’t quit when they lost two key starters to injuries, when they fell behind twice in the second half or after a tough turnover on downs in the final minutes.

Snook backup running back Qwanterrius Young tied it with a touchdown with 4:12 to go and ran in the two-point conversion to give the Bluejays the late lead on the way to a stunning 36-34 victory over the Tigers on Friday night at College Station’s Cougar Stadium.

Bremond, a state championship winner just two years ago, had broken a 28-all stalemate two minutes into the fourth quarter when Rykenderia Paul smashed in for a 12-yard touchdown. However, the snap on the extra point attempt sailed high, and the Tigers didn’t convert, keeping it a six-point game at 34-28.

Things weren’t looking good for Snook (9-2) when it lost its fourth fumble of the game three plays into its next drive, but that changed suddenly when Lance Vajdak pulled down an interception to get the Bluejays the ball back with 7:54 remaining in the game.

A pair of big runs by Young, who took over for starter Damon Allen after Allen suffered an injury late in the first half, helped get Snook inside the Bremond 5, but the drive stalled and the Tigers took over at their own 8-yard line with 5:06 remaining.

That’s when the game changed completely.

Matthew Jordan dropped Paul for a four-yard loss on Bremond’s first play, and then Tristan Davis stripped and recovered the ball from quarterback Seth Kasowski at the 5 with 4:16 remaining. Young ran it in on the next play and added the two-point run for the lead.

“I had to step up,” Young said. “We just had to keep playing. We don’t give up. Just keep pushing. That’s what Coach teaches us. Never give up.”

The ball bounced Snook’s way yet again only a few seconds later when Bremond fumbled three plays into its next drive, and Remi Harris recovered it at the Bremond 31 with 3:32 to go.

The Bluejays kept the clock rolling with five straight runs by Young, but they were caught in a tight spot facing fourth-and-15 at the Bremond 25 with 1:27 left.

That’s when Young took off on a bruising 21-yard run, breaking tackles along the way to pick up the first down and all but secure the win for Snook.

“Qwanterrius Young was just amazing,” Snook coach Chad Lechler said. “That fourth down run where he got [21] when we needed [15], that was unbelievable. I can’t say enough about the kid. He’s playing his butt off. We’ve got a lot of guys that really wanted that one.”

Snook also spent the bulk of the second half without starting quarterback KJ Macik with Harris taking over following an injury in the final minutes of the first half.

“We talk to our kids all the time that it’s got to be the next man up when somebody goes down,” Lechler said. “That’s the epitome of it. We had every chance in that game to lay down and just let it go. These kids, they weren’t going to let it happen. Every time they needed to make a play, they did.”

A wild first quarter saw the Bluejays edge out a 22-14 advantage after Damonta Allen recovered a Bremond fumble and Damon Allen ran in a short score with 57 seconds left in the quarter.

Snook came up with a big stop in its own territory on the Tigers’ next drive, but quickly fumbled away a bad snap to virtually negate the defensive stand.

Bremond cashed in five plays later when Kasowski ran in a 12-yard score with 9:31 left in the half. A two-point pass from Kasowski to Jessie Carrizales tied it at 22-22.

Those were the last points of the first half as neither team could gain an edge before the break.

Tempers boiled over at one point when a physical scrum resulted in offsetting unsportsmanlike conduct penalties with about seven minutes remaining.

A 5-yard touchdown run by Paul with 10:34 left in the third quarter gave Bremond a 28-22 advantage that held for the bulk of the quarter.

Snook tied it again when Davis recovered a fumble and returned it 26 yards with 16 seconds remaining in the third. The two-point pass attempt was stopped just short of the goal line to keep it tied at 28-28 — which was soon broken up early in the fourth.

Already with the most wins in program history, the Bluejays advanced to the area round for the second time in two tries. Snook will face Falls City in an area playoff game at a time and place to be determined.

There were many season firsts for the A&M Consolidated football team Friday night, and not the good kind. Among them were the Tigers givin…

Strength is essential for any lineman, but Rudder’s Jason Batiste has built his football career around it.

PALESTINE — Paxton Hancock ran for 159 yards and four touchdowns, including the game-winning score in overtime as the Tigers beat Palestine We…

HUFFMAN — A pair of Ja’mar Jesse touchdown runs in the first quarter were a good start for Navasota, but the Rattlers couldn’t rally late in a…

If fantasy football existed for high school, College Station’s Dawson Schremp would be at the top of every team owners’ list when it came time…