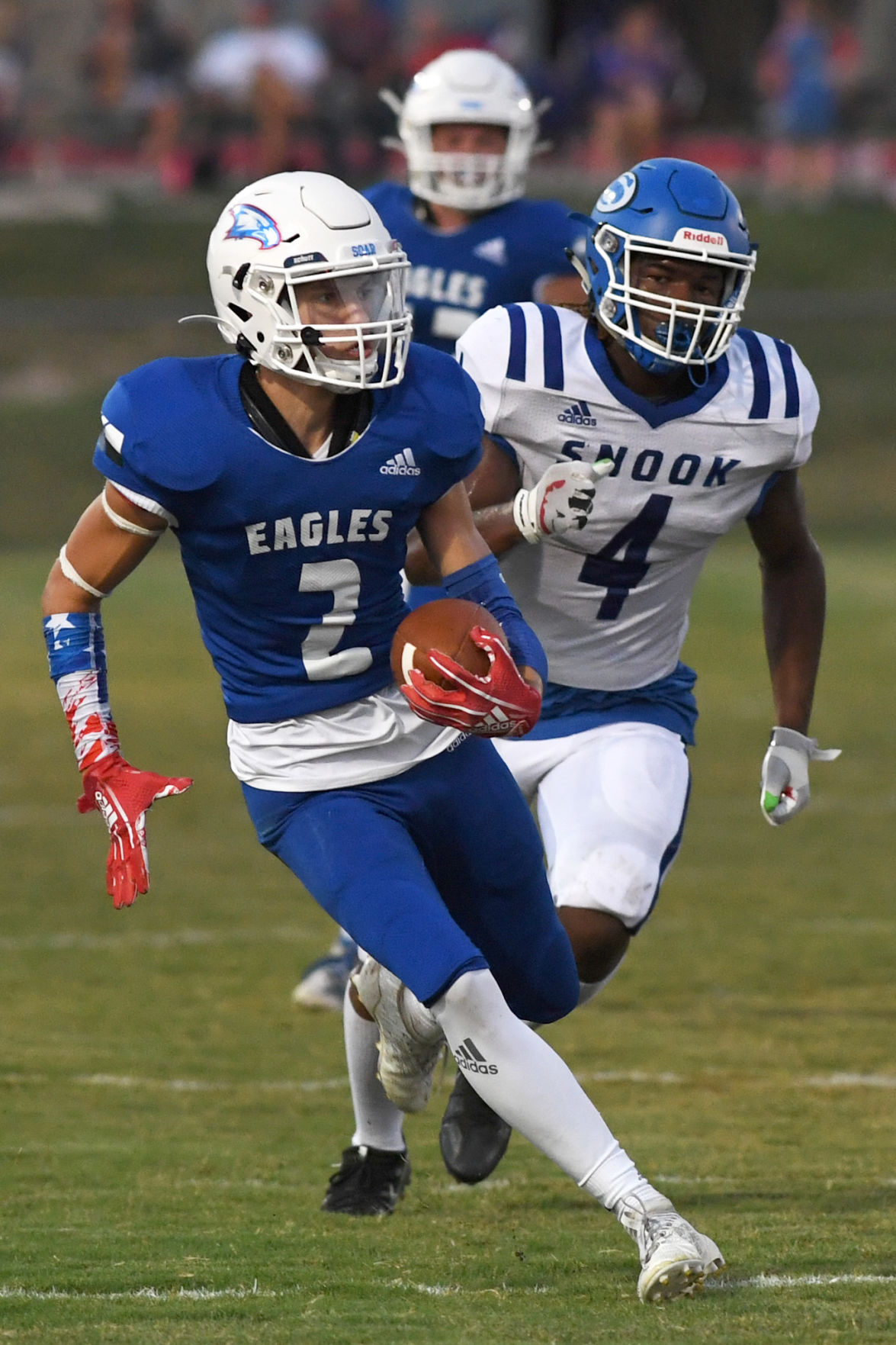 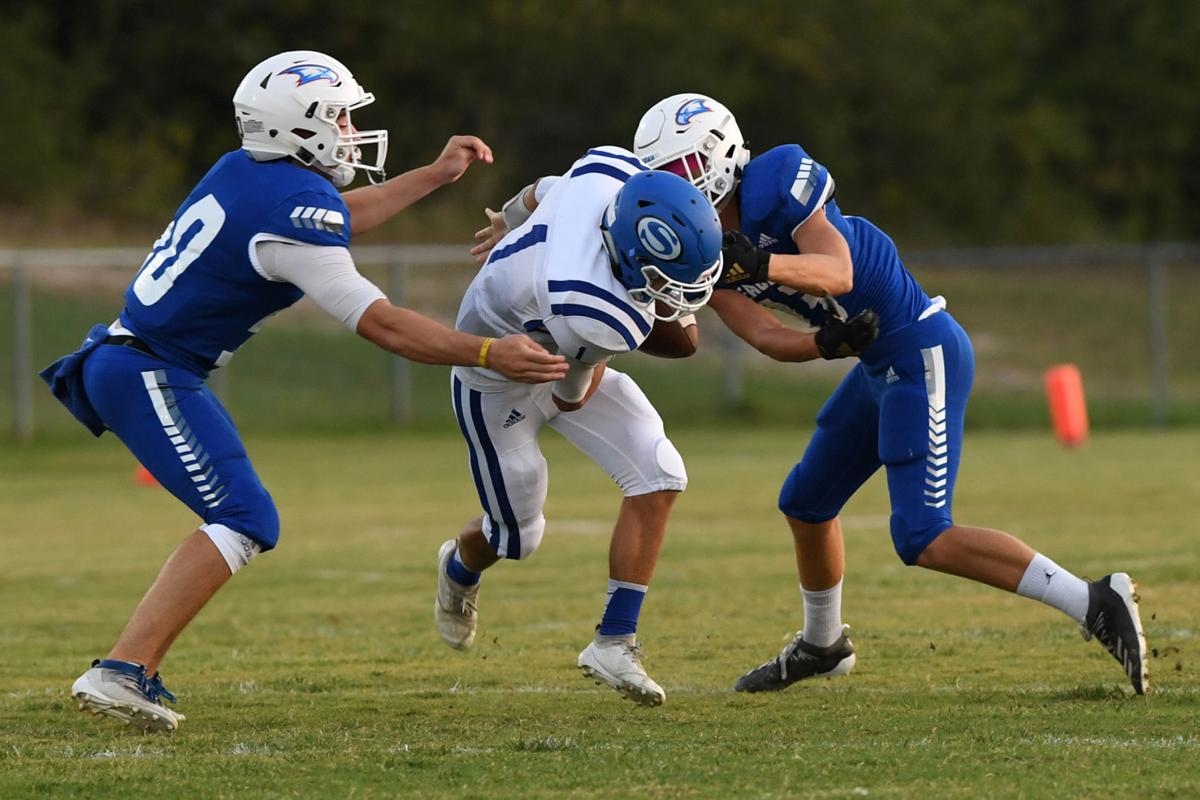 The scoreboard was active Friday night at Eagle Stadium with both teams combining for 44 points in the second half, but Brazos Christian’s defense came up with possibly the game’s biggest play, a key interception by Stryker Gay in the fourth quarter, to help put away Snook 48-38.

Gay led the Eagle defense with 15 tackles, including eight behind the line of scrimmage.

“I saw the play, following coach’s game-plan reading the route, doing my best to get to the ball, and then I came down with it,” Gay said of his interception.

Quarterback Bryce Steel helped lead Brazos Christian (1-1) by spreading the football all over the field as the Eagles tallied 390 yards and seven touchdowns.

“It feels great getting that first win” Steel said. “Being able to go up early and then closing the game late is a great feeling. We have four great receivers, and being able to get the ball to them wherever I am is truly a privilege.”

Trailing 35-14 at the end of the third quarter, Snook (0-2) struck back with 16 unanswered points on consecutive possessions to cut Brazos Christian’s lead to five points. The Bluejays took advantage of their own special teams play as they recovered three onside kicks.

Snook quarterback Garrett Lero threw four touchdown passes, including a 13-yard pass to Jermaine Kearney to get the Blue Jays within 42-38 in the fourth quarter.

But that’s as close as Snook would get as Steel threw an 80-yard touchdown pass to receiver Jacob Smith to end the scoring.

“Tonight is a huge step for us to get back in the right direction” Brazos Christian head coach Ben Hoffmeier said. “Though we were missing five starters, the one thing we had going on our end is speed, and that’s what really worked for us on both sides of the ball. If we continue to rely on our speed and tempo, I think we’ll be great next week going on the road to Houston.”

Brazos Christian will play at KIPP Houston next week, while Snook will host Waco Texas Wind.