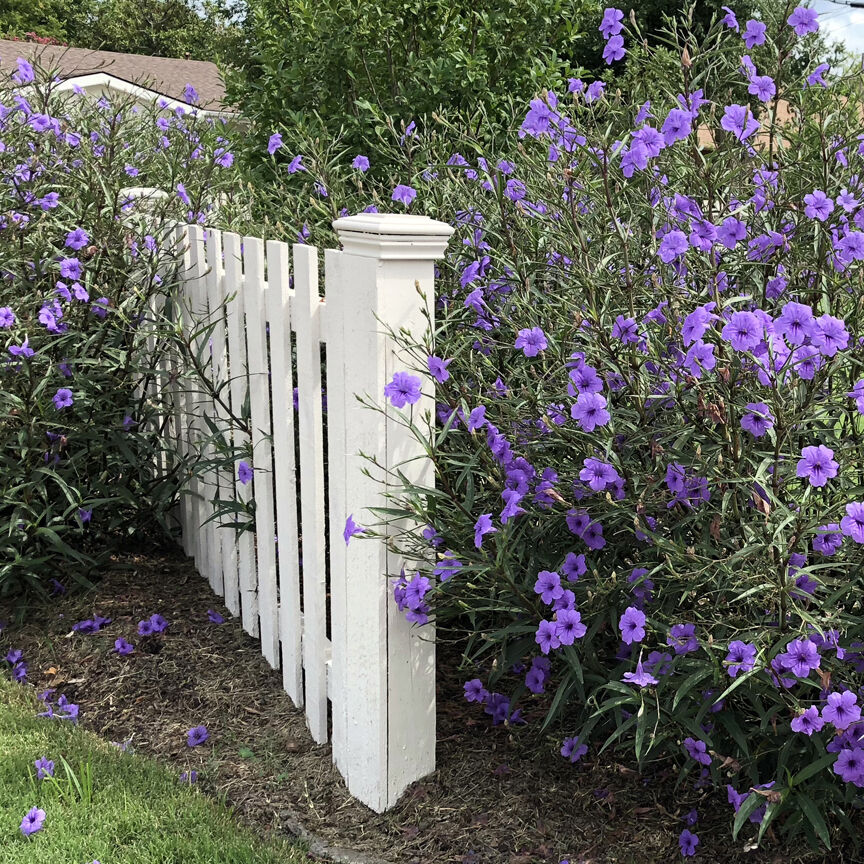 To contain Mexican petunia, plan on a barricade 12 or 14 inches into the soil. Its roots really are aggressive. 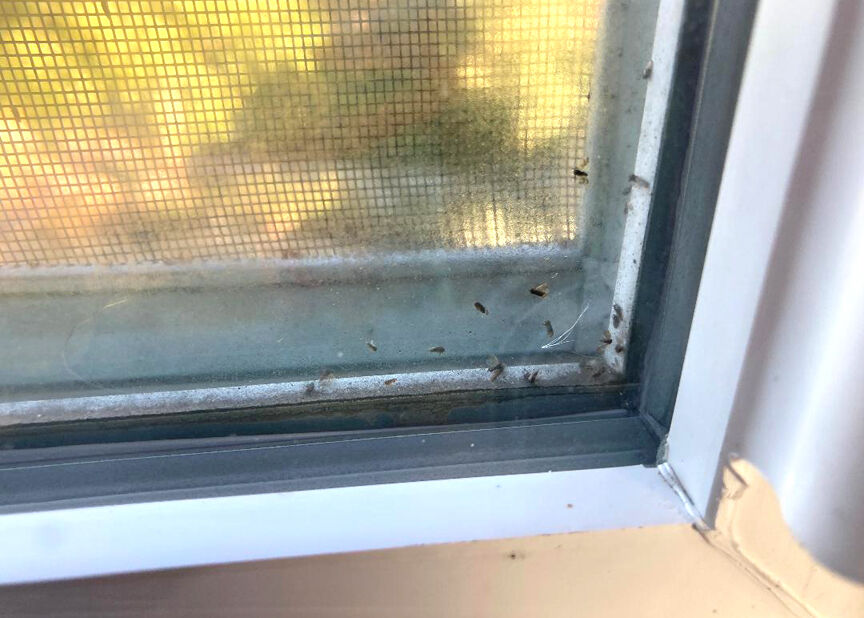 A single spray usually won’t eliminate fungus gnats because they are present in several different life stages. You might be able to kill the flying adult gnats, but there would be eggs waiting to hatch. 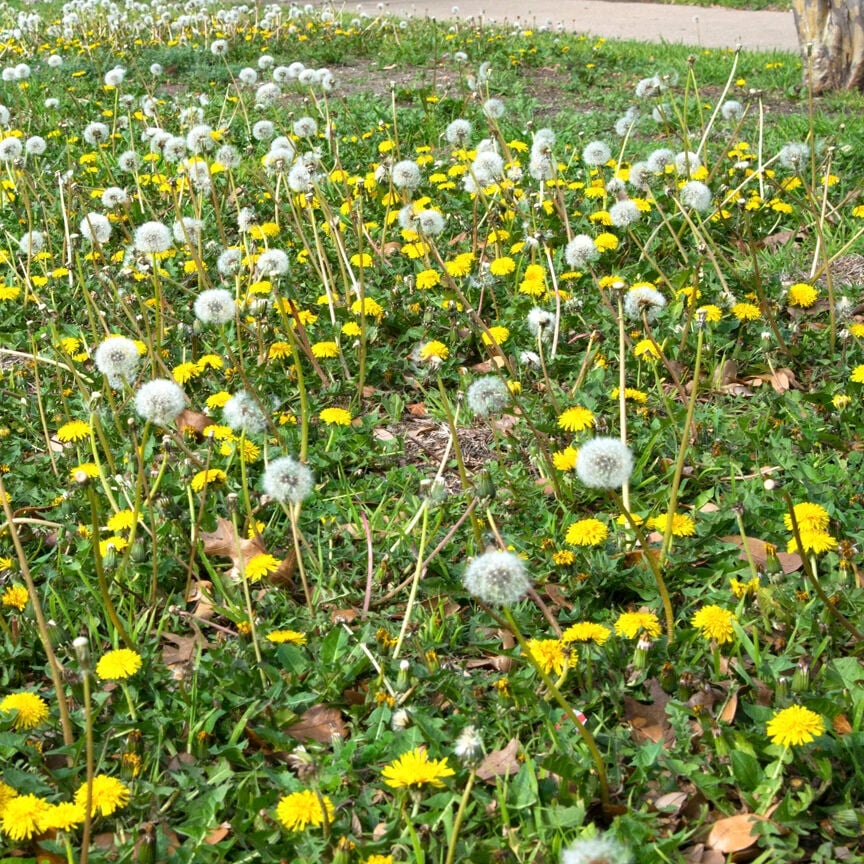 Dear Neil: How deep would edging have to be to stop Mexican petunia from spreading? I saw it in a yard in Houston last fall and really liked it, but several people have told me that it’s really invasive.

A: I would plan on a solid barricade 12 or 14 inches into the soil. Its roots really are aggressive. It’s a gorgeous plant that blooms in shades of blue/purple, pink or white for months in the summer, but it has earned that reputation for being invasive. The dwarf types are beautiful, too, but they’re really dwarf. Another option with the regular one would be to cut the bottom out of a 20- or 30-gallon plastic nursery pot and sink it flush with the soil in your garden bed. Let it be the edging. That should keep the roots perfectly in place. That works on containing mint plants in an herb garden, too.

Dear Neil: We bought a house recently and are stumped by a fungus gnat infestation. We have absolutely no houseplants, yet we have fungus gnats in the house and on the insides of the windows. We have had a pest control operator apply an organic remedy without results. We’ve had a plumber look for leaks and he found nothing. We don’t know where to turn next. Do you have any suggestions?

A: At the risk of telling you things you already know, fungus gnats live in the green “mossy” algal growths that develop where there is constant moisture. I’m sure that’s why you had the plumber look for leaks. As a horticulturist, I’m trained to look for poorly draining pots, wet greenhouse floors and other similar surfaces. But in a structural pest kind of situation you’d need to stick with the certified pest control operator or an entomologist with the Texas AgriLife Extension Service of Texas A&M. It’s possible there could be seepage through the roof and into side walls of your house, or it could be from cracks in the foundation or brick or stone veneer. I’m really out of my element. A structural engineer or a really good building contractor might be better able to advise you. For what it’s worth, a single spray usually won’t eliminate fungus gnats because they are present in several different life stages. You might be able to kill the flying adult gnats, but there would be eggs waiting to hatch. It usually takes time. And in the process, you must find the source of the moisture that is giving them a place to establish their home.

Dear Neil: Our yard is inundated with dandelions. We applied a pre-emergent, but still we’re covered up. There are too many to dig. What should we do?

A: Dandelions are easily controlled with any broadleafed weedkiller (containing 2,4-D). Read and follow label directions carefully for best results. You didn’t mention which pre-emergent you used or when you applied it. The one that works best on broadleafed weeds is Gallery, and for dandelions it should be applied the last week of August or the first week of September. Frankly, the broadleafed weedkiller spray is less expensive and just as effective.

Dear Neil: My landscaper is wanting to treat my crape myrtles with a systemic insecticide in January. Is this a good treatment, and is it worth the expense?

A: Extensive research done by Texas A&M University entomologists with the Crape Myrtle Trails of McKinney has found that application (soil drench) of a systemic insecticide (Imidacloprid) made in mid-May will do the best job of preventing both crape myrtle bark scale and crape myrtle aphids (crapemyrtletrails.org/basic-care/#pest-control). This is following several years of research. I don’t believe that January would be a good time to treat.

Dear Neil: How far back can I cut my chrysanthemum plants now that they have completely finished blooming?

A: You can cut the old stems to within 1-2 inches of the ground. In doing so, you’ll notice new shoots coming up from the soil. Those will stay there all winter, then they’ll become the new main stalks of the plants next year. You’ll want to pinch out their growing tips in April or early May to encourage side branching. That will keep the plants compact and full.

Dear Neil: What would be digging holes in my lawn at this time of year? Would it be going after grub worms? Should I treat for them?

A: It’s too cool for armadillos to be digging, so my guess would be that you have either possums or raccoons. They will leave wedge-shaped holes a little wider than a hotdog. White grub worms have probably finished all of their feeding for this generation, so treating isn’t worth the cost and the effort. I suspect your visitor will move on to other areas.

If you’d like Neil Sperry’s help with a plant question, drop him a note in care of The Eagle, P.O. Box 3000, Bryan, Texas 77805. Or email him at mailbag@sperrygardens.com.

Neil Sperry gives his best advice regarding tree galls, patchy grass, and the best plants to use for privacy.

TEXAS GARDENING: Hollies with yellow leaves may be shedding or suffering from iron deficiency

TEXAS GARDENING: When part of your plant dies, you can always trim it away

TEXAS GARDENING: Chapparal mulberry will grow to be tall in time

TEXAS GARDENING: Plants vary on when to plant in the season; know the individual needs of each

Neil offers his weekly advice for troubled plants and those who tend them.

To contain Mexican petunia, plan on a barricade 12 or 14 inches into the soil. Its roots really are aggressive.

A single spray usually won’t eliminate fungus gnats because they are present in several different life stages. You might be able to kill the flying adult gnats, but there would be eggs waiting to hatch.