“Rita Moreno: Just a Girl Who Decided to Go For It” (2021): Are you a fellow Rita fan? She’s just always seemed to be there for me, whether it was sneering in “Singin’ in the Rain,” suffering in “The King and I,” sashaying in “West Side Story” or splitting our sides in another sketch on “The Electric Company.” And let’s not forget her amazing Sister Peter Marie Reimondo on HBO’s “Oz.” This charming doc lets her tell her story, from her exit from Puerto Rico to her early dancing years to her equally exhilarating and frustrating adventures in the Hollywood studio system. Throughout it all, Rita never seems to tire of simply being Rita, and we’re glad she doesn’t.

Now streaming on Netflix and Kanopy.

“Manhunter” (1986): Before “The Silence of the Lambs,” there was another film adaptation of a Thomas Harris novel featuring a certain mad genius serial killer named Hannibal. William Petersen stars as an FBI profiler trying to get a bead on a serial killer (Tom Noonan). Like Clarice Starling several years later, he consults with his old nemesis, the imprisoned killer cannibal (here played brilliantly by Brian Cox) to help him track down his prey. The luminous Joan Allen is featured as a blind woman who doesn’t realize she’s beginning a romantic relationship with a killer. And while this might not be as great as the later Oscar-winning film, it’s still scary and fascinating.

Now streaming on The Criterion Channel.

“Sweet Home Alabama” (2002): I love this silly-but-warm “there’s no place like home” confection of a movie. Reese Witherspoon stars as a NYC career woman who’s just gotten engaged to the most eligible bachelor in the city (Patrick Dempsey), when she realizes there’s a tiny little thing she left undone back in her hometown — divorcing her first husband (Josh Lucas). This leads to many complications, as you can imagine. Adding to the fun is her challenging prospective mother-in-law, the mayor of New York (Candice Bergen). How will she choose between the two men in her life? Grab a plate of cornbread and find out.

“The Woman Who Wasn’t There” (2012): Here’s a different kind of 9/11 story. Tania Head had an almost unbelievable story to tell after that terrible day. Her saga of survival became a touchstone for a large group of 9/11 survivors in and around New York. As a leader, she helped many other survivors cope with their trauma and grief. The story of how she lost her husband that day is heartbreaking. As you listen to her Hollywood-caliber story, the cynical side of you wonders ... is her story too good to be true? Learn the alarming truth in this revealing documentary.

Trivia Question 918: What was the second version of “Manhunter” called?

Answer to Trivia Question 916: Keri Russell starred in “Waitress,” which was released just months after director Adrienne Shelley was murdered.

Ray Ivey is a writer and movie fan in Hollywood, California. He would love to hear from you at rayivey@ca.rr.com.

Actress Rita Moreno poses with her Oscar after she was named best supporting actress at the Academy Awards in Los Angeles on April 9, 1962. She won for her role in “West Side Story.” 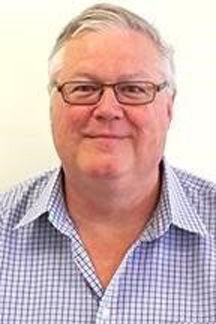