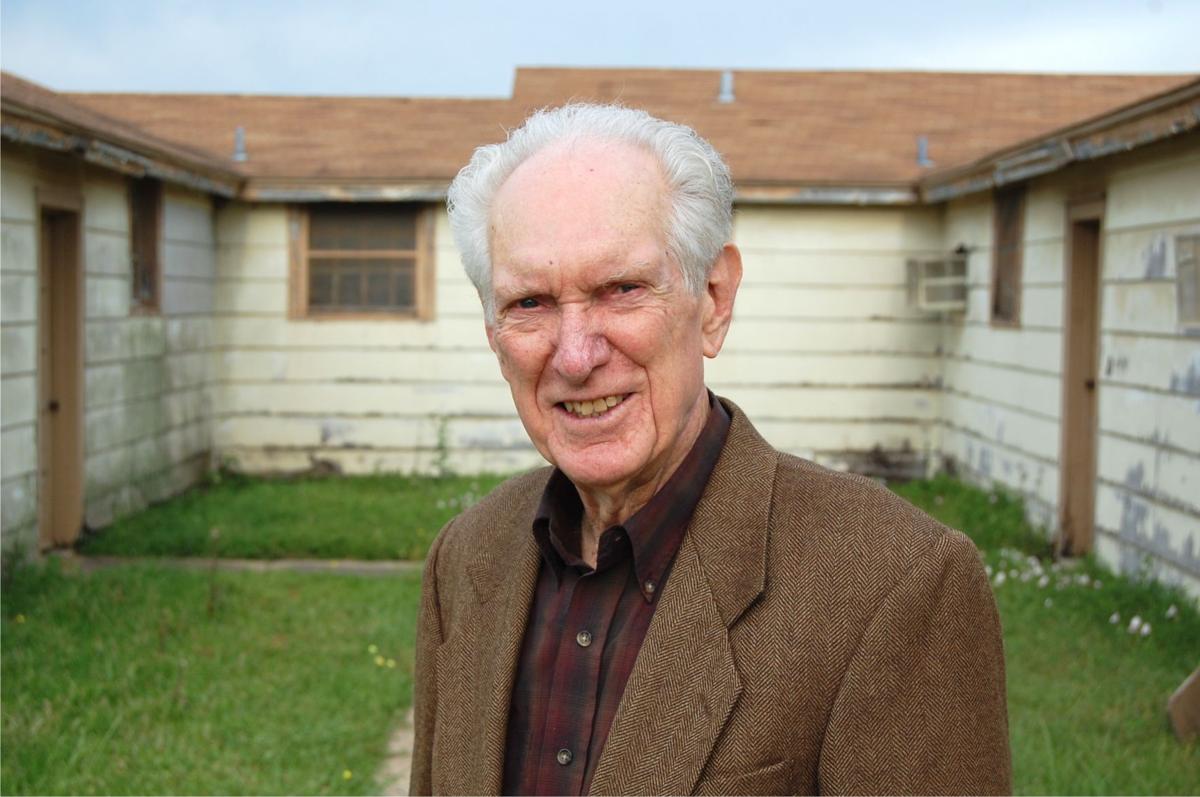 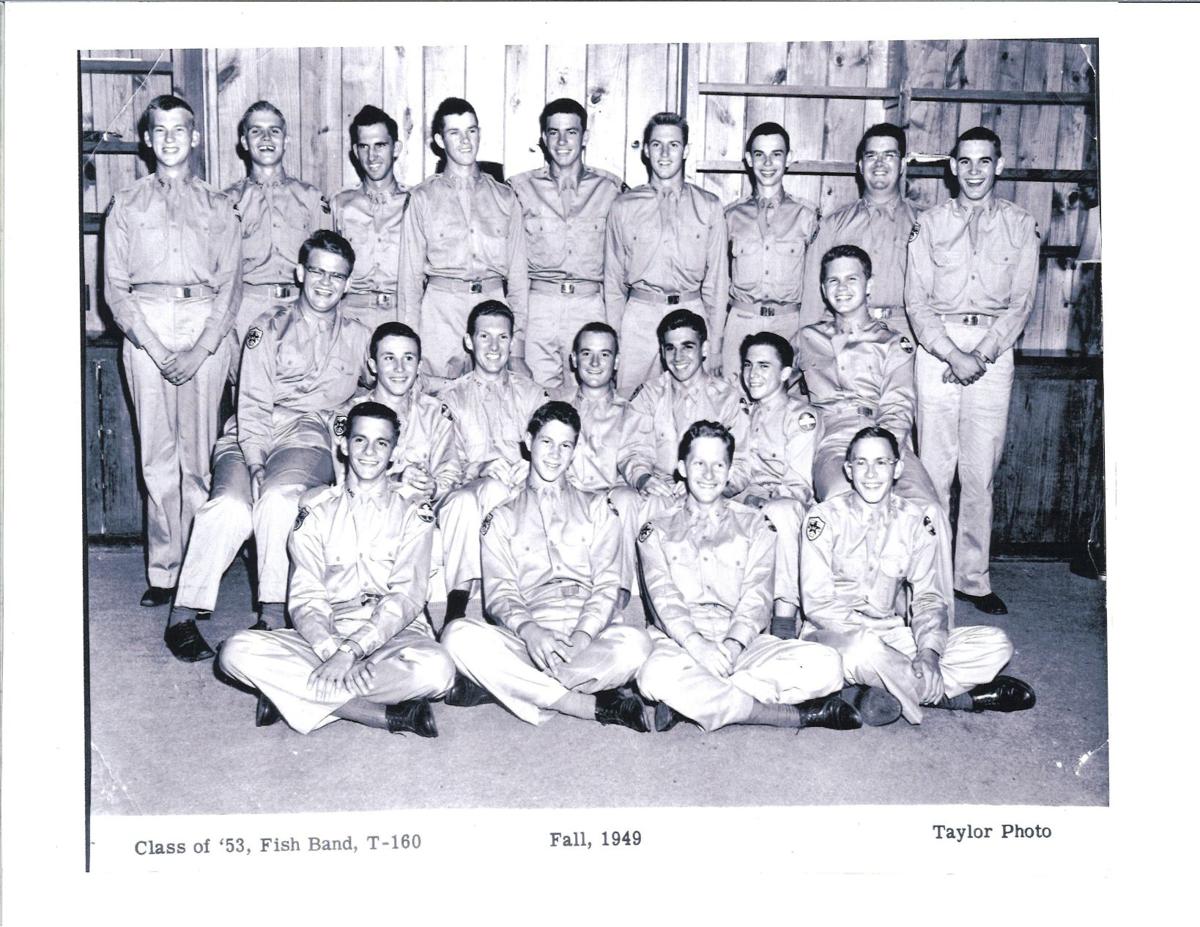 This is one in a series of stories on the history of The Texas A&M University System's RELLIS Campus.

Ione Lay looked proudly at her eldest son, Billy. She nodded approvingly as she prepared to say goodbye.

Billy was set to begin his first year at the A&M College of Texas. He knew his parents were proud that he had chosen to continue his education, the first in his family to attend college.

Tears began to fill Ione's eyes. Not wanting to create a scene in front of her son, she gave Billy one last hug, turned and got into the family car.

Bill Lay spent more than 20 years as the director of admissions for Texas A&M University. He and his wife, Mary Jo, still call the Bryan-College Station area home.

Lay's time in Aggieland began in the late summer of 1949. Bill still remembers his mother's sniffles as she left him behind at The Annex, the Bryan Army Air Field home to A&M freshmen cadets from 1946 to 1950.

"She later told me she was crying because she thought it was the most barren place she had ever seen," Lay says today.

Fifth Street marks what will become the main entrance to the new RELLIS Campus when Blinn College classes begin there this fall. Along that stretch of road sits a marker, a tribute to the Classes of '50, '51, '52 and '53, all of which began their A&M college experience at The Annex.

The availability of the facility meant the college could handle the post-war surge of students wanting to attend A&M. Those numbers included both high school graduates and military veterans beginning or continuing their education under the G.I. Bill.

Dormitory space on the main campus was woefully inadequate for the dramatic increase in student numbers.

Thus, Aggie cadets would spend their first, or "fish," year of school living in the barracks of the recently deactivated Army Air Forces installation about 10 miles from the main campus.

Because of that distance, it was determined fish would both live and learn at The Annex.

"There were about 1,300 of us out there," Lay says of his freshman class. "The barracks were thin-shelled, tarpaper shacks. Not exactly a picturesque setting."

A&M faculty commuted to The Annex to teach classes. At the time, the first-year curricula was structured the same for virtually all students.

Billy Lay joined the Fish Band. The Fish Drill Team, formed at The Annex in 1946, practiced long hours on the site.

In addition to helping A&M solve its housing shortage, The Annex also addressed another of Gilchrist's concerns.

As with many military schools, upperclassmen among A&M's Corps of Cadets saw it as their duty to "indoctrinate" first-year students. Newly incarcerated prison inmates have long been called "fish," swimming upstream into the harsh environment of a penal institution.

Among the Corps, the term was intended to be demeaning, like "doolies," "plebes" or "rats" elsewhere. Other forms of hazing at A&M, meant to toughen newcomers both physically and psychologically, were far more tortuous than merely being labeled a "fish."

When The Annex was opened in fall 1946, the incoming freshmen ranks included a large contingent of World War II veterans. Their involvement in the Corps was not mandatory.

Hazing of their ranks by younger upperclassmen lacking in actual combat experience would not have been a good idea.

And so, thanks to the decision of Gilchrist, true freshmen like Billy Lay got, at least, a small reprieve.

"As challenging as conditions were at The Annex," Lay chuckles, "I don't think I would have traded my year there for a year of hazing on the main campus.

"Which is not to say a little hazing didn't take place anyway."

Fish were bussed from The Annex to Kyle Field for Aggie football games. A time-honored tradition required first-year cadets to know the names and hometowns of all the players.

Under duress, that critical information sometimes slipped the mind of a harrowed fish.

While game day could be a taxing experience for freshmen like Lay, he says living at The Annex had an important upside.

"It bonded us," says Lay. "I still have friendships that I established there and that was a long time ago.

Lay actually graduated in 1954, and in an ironic twist of fate, he returned to The Annex site a year later.

"After going through the ROTC program at A&M, I was eligible to become a second lieutenant in the Air Force," Lay says. "But at the time, there was only a limited number of spots available for commissioned officers.

"I could have entered the service as an airman first class, but I chose to wait. I spent the next year teaching back home in Pasadena.

"The following year, I was called to active duty, commissioned as a second lieutenant, and of all the places they could have sent me, I wound up being stationed at Bryan Air Force Base."

When Bryan Field was reactivated for the Korean War, the name was changed. The Army Air Forces became the U.S. Air Force in 1948.

Lay's assignment to Bryan Air Force Base in 1955 foreshadowed his post-military career.

"I was an administrative officer, responsible for maintaining the records of the pilots who came through the school there," Lay says. "Sort of like being the registrar at a university."

And, just as he would experience as Texas A&M's director of admissions, not every young Air Force officer was cut out for success.

"That was the beginning of my real education in life," Lay says. "Most of the young pilots I dealt with didn't like to see me because that meant they had some failing which might lead to them washing out of the program."

Lay served at Bryan Air Force Base until it closed in 1958. While there he met and married Mary Jo. They've been together for 62 years.

Lay's next tour of duty was in England. He left the Air Force in the summer of 1962.

Lay has a great appreciation for the history of the RELLIS Campus. He personally experienced two of its most compelling chapters. But Lay also has, perhaps more than many, an understanding of what RELLIS will be in the future.

"I like the idea of 'pooling resources' of a variety of academic institutions," Lay says of RELLIS's "Academic Alliance" involving Blinn College and the nonflagship institutions of the Texas A&M University System. "This should allow us to do some things that we wouldn't be able to do otherwise.

"I think it's important, too," Lay adds, "that the students who attend school where I spent my freshman year of college understand that RELLIS has an important legacy, both in serving our country and helping Texas A&M realize its academic mission."

Tim Gregg is a freelancer hired by A&M System Chancellor John Sharp to create RELLIS Recollections, a project to preserve the history of the RELLIS Campus site. He can be reached via email at history@rellisrecollections.org.

Last night at Avenger Field in Sweetwater, a sellout crowd of more than 300 attended a dinner and memorial service at the National WASP World …

The second man disembarking the transport shuttle shifted gingerly from the front passenger seat of the van.

There was a time in America when a boy's interest turned to cars rather than computer games, smartphone texts or Instagram.

RELLIS Recollections: Bryan Field officer flew into a tropical storm on a bet

The world's first "hurricane hunter" made his maiden voyage from a rather unlikely place and for an unlikely reason.

Standing as a guest with Mary McCollom on the front porch of her tidy two-bedroom home on Luza Lane west of Bryan, one sees a small herd of An…