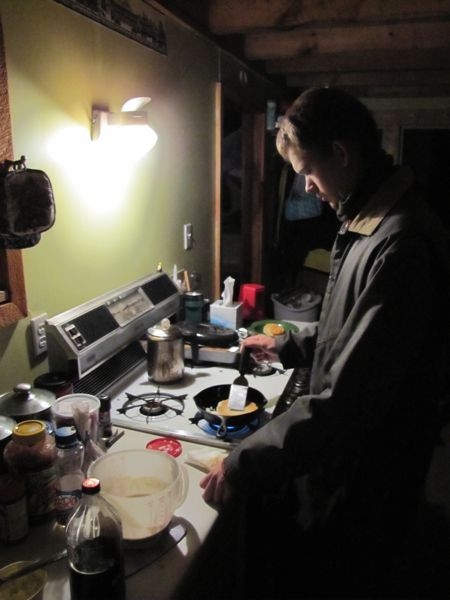 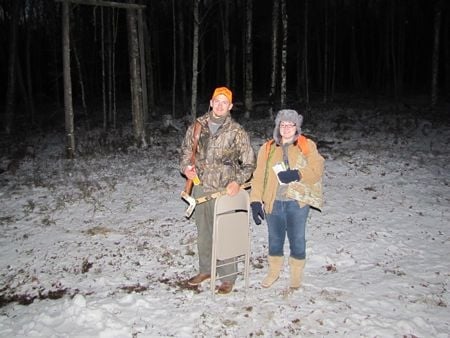 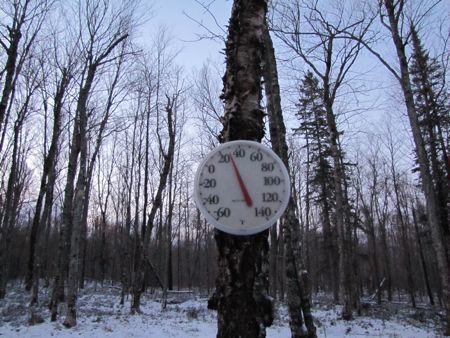 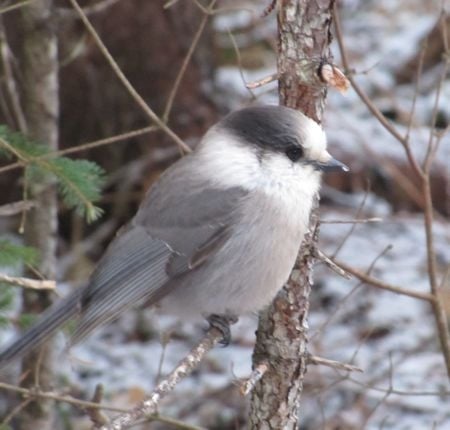 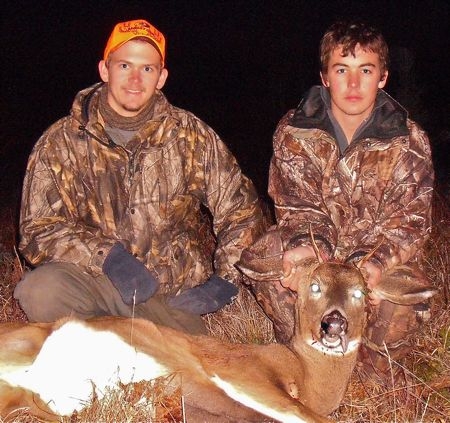 As expected, everyone arose very early, ate breakfast and began putting on multiple layers of clothing to fight the 25 degree cold morning air. It's hard for anyone who hasn't grown up in this part of the country to fully understand what real cold is and how it creeps into your body, stealing away the heat. The kids were about to learn a valuable lesson over the next hour or so.

Dad's done this "up north" deer hunting thing for years and knows how to handle the cold.  He never complains about it either, he just goes about the business of deer camp like every year for the last 50.

Mom pretty much stays in the cabin and has only been coming to deer camp sometime after we built Birchview in the late 90s.  Her role at deer camp is historian and coordinator, cook and overseer. Mom and Dad are quite the pair, married for nearly 60 years of life that has had it's challenges raising six kids. Dad can't hear and mom doesn't forget, but they seem to get along OK. Lord only knows what life will be like without them, but one thing is sure, deer camp will never be the same once they're gone.

Austin's deer blind is just below the cabin, so he and Kara left the cabin just as it was getting light enough to see. Harry's blind is about a half mile down the road in the old clear cut, so he and Brandi set off in the Jeep. I made my way to my ground blind but only lasted about 30 minutes before the cold called me back to the warm cabin. I retrieved the game camera to find that it had failed again in the cold. The damn thing stops working when it gets below freezing, so again it missed whatever animal ate all the feed during the night.  While sitting in my blind the jay birds were having a field day with the feed. They really like apples and are not shy around humans.  A pair of jays were flying all around me while I worked on the game camera, so I took a few shots with my Canon.

Sunday afternoon, I cleared the underbrush that blocked the view of the area around my ground blind from the cabin.  I can now sit in the warm cabin and see the critters coming to get the goodies we put out for them. We can see back into the woods below the cabin about 75 yards now, which is way better then sitting in the cold! I must be getting soft in my old age or maybe just wising up a little.

It wasn't long before Austin and Kara were back at the cabin seeking warmth. Kara stayed with it until her teeth chattered and the shivers set in bad.  A cold nose and toes would warm quickly back at the cabin just up the hill. Not long after Austin and Kara returned, Harry and Brandi drove up. Pretty much the same story with Brandi, except the chatter box comment from Harry.  Neither of the boys said much about being cold but they were better prepared and headed back out to the blinds alone after a bite to eat and a little warming up. The girls being smarter then the boys stayed at camp, rested and read their books wrapped up in warm covers. No deer showed in the early morning for any of us but much of the feed was gone.

About 10 a.m., I set out on a scouting trip up the hardwood ridge with Canon in hand.

I saw tracks all along the ridge, but where the hardwoods meet the southeast corner of the clear cut, there were deer tracks everywhere. Instead of my usual route going all the way around the clear cut,  I crossed through the open field and backtracked down the hardwood ridge. It turned out to be a good choice as I found where three deer had bedded down and jumped one of them just moments later. It still amazes me how quickly deer up here can disappear with just a flash or two of that big white tail.

The sun came out a little more today than over the last few days, and the snow that fell last night was melting pretty quick. By the time I got back from my hike, all the kids had returned to camp and were eating beef stew for lunch. Dad and I worked on the cabin plumbing some and needed to head into town to get supplies and check on the four-wheeler while we were there.  The four-wheeler has problems that need more time to repair and won't do us any good this year, so we borrowed a trailer and brought it back to camp for the winter. I really don't care for all the noise anyway, so it can sit until spring when mom and dad return.

By the time we returned to camp from town, the boys had gone out to their blinds for the afternoon. I fixed the plumbing and continued to fiddle with the game camera to solve another issue with the memory card and change the batteries. About an hour before dark, we heard two shots from the direction of Harry's blind.  Shortly before dark, I could hear a pair of four-wheelers coming toward the cabin. Steve Lambright had taken a spike and dropped by to show us at the cabin.  As we chatted with Steve and Jason, Harry drove up in the Jeep and said that he had taken a spike also. Two shots and two bucks down.

Kara, Brandi and Harry went to get Austin from his blind to help retrieve the buck. They hitched up the trailer and off they went.  Moments later they were back at camp, where we strung the first buck ever at Birchview up to the never used buck pole.  Austin and Harry quickly set about skinning and quartering the buck and had it all completed in about an hour start to finish.

It's been 31 years since I shot my big buck up here and it's great to see my nephews take the reins. Today it was Harry's, might be Austin's turn tomorrow -- you just never know.

We put the bucks entrails out in front of the game camera hoping to get some shots of whatever comes to them.  Maybe that damn camera will work right and I'll get a wolf or a bear on camera!

FishTales: To an End