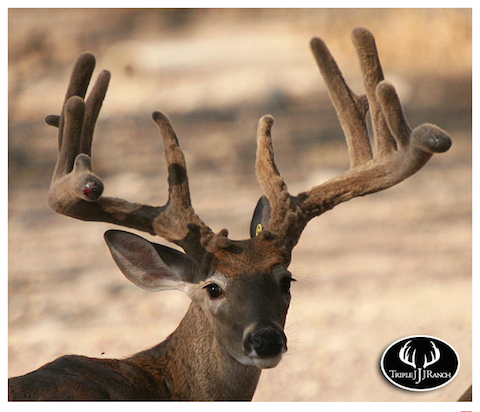 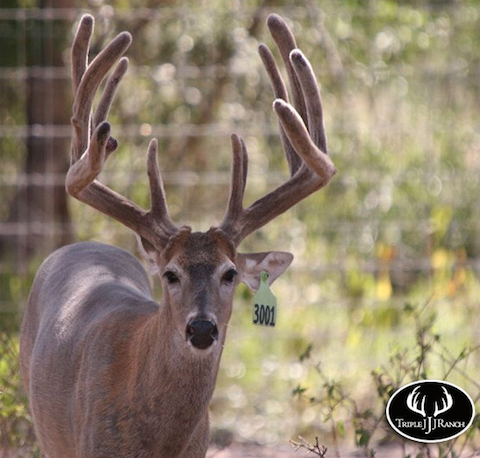 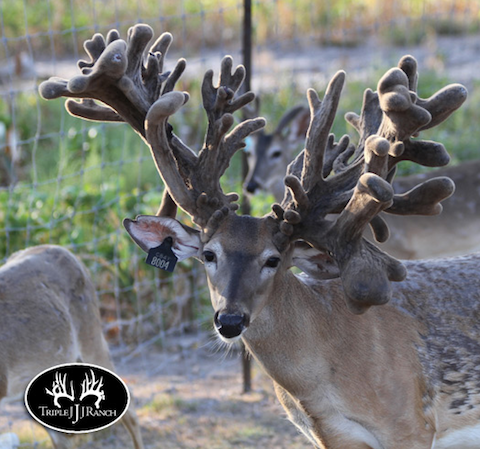 As seen in the Eagle and Land & Livestock Post.

Special to The Eagle

While some Texans look forward to the end of summer simply to escape the heat, others are preparing for that favorite fall pastime: deer hunting.

For thousands of other Texans, the ones working to provide deer of the highest caliber, work will continue as usual. White-tail deer breeders toil year-round in ranches across the state as they strive to offer the does with the best genetics and the bucks with the biggest antlers.

The white-tail deer breeding industry has increased steadily over the past 15 years. In 1995, the Texas Parks and Wildlife Department issued two deer-breeder permits. Last year, 1,341 permits were issued.

"The trend was a growth of 20 percent each year, but it seems to have leveled out in the last year," said Amber Andel, program specialist for the Deer Breeder Program of the Parks and Wildlife Department.

By carefully monitoring every aspect of a deer's life, from the environment in which it lives to the bloodlines of its mates, white-tail breeders have been able to produce animals with impressive record-setting traits that were unheard of a decade ago.

"In 1998, there were less than five 200-inch deer in breeding pens in the state of Texas," said Chase Clark, owner of Artemis Outdoors, a firm that has provided consulting services to about 35 ranches across the state, in reference to the score of a buck's antlers.

Hunters and breeders use the Boone and Crockett system to determine a buck's antler mass. Using a tape measure, a person calculates the length and circumference of a buck's beams, or portions that protrude directly from his head, and the points, the projections that come off of the beams. The inches are combined to determine the buck's score.

More than 30 deer with antlers at least 300 inches now can be found in breeding pens across the state.

Although breeders use the same scoring system as hunters, the Boone & Crockett Club does not recognize a deer that was not born naturally on a low-fence property and then is hunted, which is also referred to as harvesting.

Clark said one could argue that the progeny of a breeder buck that was released into pasture, or the wild, many generations down the line could one day count as a native Texan-born wild deer and thus set a record.

Clark credits the increase in quantity and quality of the white-tails available in the state partially to the Texas Parks and Wildlife Department. Without its encouragement and cooperation, shown through incentive programs and permits, breeders wouldn't be able to increase the caliber of genetics and amount of offspring each season, he said.

A Managed Lands Deer Permit offers landowners more flexibility during white-tail hunting and mating seasons, while providing the Texas Parks and Wildlife Department with valuable information about the animals and vegetation located on the millions of Texas acres registered with the permits.

White-tail mating season, or the rut as breeders call it, varies in the different areas of the state. Breeders in North Texas expect a mating season during Thanksgiving, while deer in the Rio Grande Valley, or southern portion of the state, may not mate until Christmas.

The permit doesn't cost anything, but applicants have to answer 13 pages of specific questions concerning the intentions of land and animal use.

A deer management permit, on the other hand, will cost breeder $1,000. The permit allows breeders to capture wild deer in order to introduce more elite genetics into the population on the property.

A wildlife biologist first must approve the breeder's pens, which can be up to 100 acres and house a varied amount of deer depending on size and the amount of food, water and shade available-before breeding can begin. A breeder is subject to random inspection by a game warden or wildlife biologist once the permit is obtained.

Likewise, for $400 a breeder can get a deer breeding permit, which also requires a wildlife biologist's endorsement and verification and keeps close track on the transference, death and health reports of all registered deer.

Although the Parks and Wildlife Department keeps a close eye on the animals, registered deer ultimately belong to the state of Texas, Clark said.

The goal of each landowner will dictate the process he or she may have to go through to become a breeder, Clark said. Those who solely want to hunt may apply only for a managed land permit for longer harvest seasons, while those who want to increase the quality of the genetics on their land may get a deer management permit.

"Options give landowners the opportunity to take the next step in genetic quality," Clark said. "They have a toolbox of permits that Parks and Wildlife gives in order to manage deer."

While the forms and fees can seem tedious, the process pays off.

Chris McDaniel, general manager for the Triple J Ranch located in Somerville, 25 miles west of College Station, said although the price for a buck and doe vary greatly depending upon the pedigree, a top-quality buck can fetch as much as $1 million.

"It depends on the quality and quantity that you buy and the buck that bred it," he said.

While the stature and size of a buck's antlers are important in determining its lineage, McDaniel said, the key to good genetics within a herd lies in the does.

"You can't look at a doe [in the wild] and tell genetics, but you can look at buck," he said in reference to a buck's antlers.

McDaniel added that age also plays a role in determining the price of a buck: a 2-year-old from good lineage will bring between $10,000 and $20,000.

Triple J Ranch, which owns a record-setting 461-inch buck named Black BAL, has sold breeding bucks in the past for $250,000.

Hunting and making money are simply by-products of the industry to McDaniel, whose real passion is maintaining about 1,000 animals, including almost 700 deer, on the 3,200-acre Triple J Ranch.

"It's like a year-round love affair with your property," McDaniel said.

For others, it is all about the hunting.

Karl Kinsel, executive director for the Texas Deer Association in San Antonio, said white-tail deer, along with elk, make up the preferred big game in Texas.

"[The white-tail is] by far the most popular big-game animal [in Texas]," he said.

Kinsel said hunters in search of big game primarily want one of two things: meat or a trophy-caliber animal. While those who plan on eating their prize desire the animal with the biggest and best meat, hunters seeking trophies want exotic animals that possess the largest features which make it unique.

Out of all the activities people can charge others to do on their property, hunting brings in the greatest return on land investment.

"People who prefer trophy hunting would pay the most amount to go and do that," Kinsler said. "Trophy animals are like 7-foot basketball players: There aren't many of them."