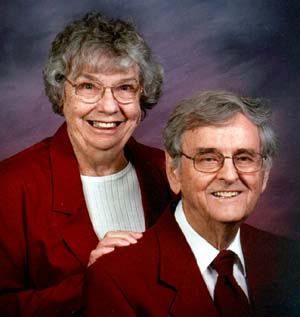 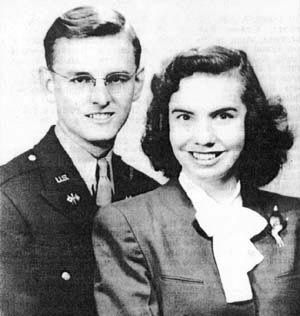 Kitty and Will Worley will celebrate their 60th wedding anniversary Sunday, October 3rd, from 2 to 5 p.m. at the Texas A&M Faculty Club on the A&M campus. There will be buffet and dancing to music of the 1940’s. They were married October 1, 1944, in Wilmington, Delaware. Kitty and Will extend an invitation to the celebration to all of their friends.

Out-of-town guests include their four children and their spouses, Eleanor and Melvan Jordan; Fred and Barbara Worley; and Evalyn Garza, all of Austin; and Barbara Worley of Worcester, Massachusetts. Guests also include most of their grandchildren and all four of their great grandchildren; Will’s sister Mary Lee Brimelow, of Dallas, and Kitty’s sister Betty and husband Earl Tull of Seaford, Delaware.

Will is a professor emeritus of Electrical Engineering from Texas A&M University, where he taught for 32 years. He is an A&M graduate, class of 1943. He was a cryptographic officer in the Army Security Agency during World War II.

Kitty taught High School English and Spanish for 25 years and the second grade for 7 years, a total of 32 years in the A&M Consolidated School District. She is a graduate of the University of Delaware, class of 1944.