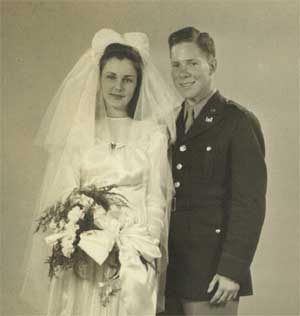 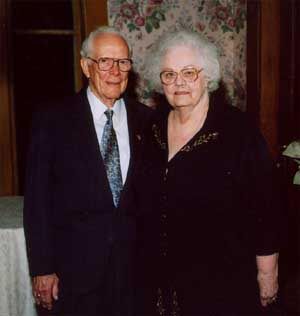 Edward Harris Mitchell, Jr. and Jean Elizabeth Gordon were married January 1, 1945, New Years Day, by the late Dr. Wil R. Johnson in the First Presbyterian Church, Galveston, Texas. Mrs. Mitchell is the daughter of the late Grant and Annie Gordon, and Mr. Mitchell is the son of the late Edward and Ada Mitchell all of Galveston. Mr. Mitchell is a graduate of Texas A&M class of ‘46, and served 39 months in the Army Corp of Engineers as the officer in charge of Motor Maintenance at Clark Field in Manila, Philippines. He was in attendance at the legendary Aggie Muster on Corregidor in 1946. He worked as an industrial engineer in a manufacturing company in Galveston. Later in Houston he worked as a manufacturing engineer in an oil field equipment company. Mrs. Mitchell was a stay at home Mom, medical administrative assistant, and owned and operated a professional placement agency. Both retired in June 1993 and moved to College Station. Their children include Edward Harris Mitchell, III of Houston who passed away suddenly on August 23, 2004 and his wife Barbara; Linda Quin of Riverside, California; and Dr. Gordon Mitchell, M.D. and wife Holly of College Station. Mr. and Mrs. Mitchell have 11 grandchildren and 3 great grandchildren.

Family and friends honored Jean and Edward with a luncheon celebration held at the home of their son, Dr. Gordon Mitchell on Saturday, January 1st.