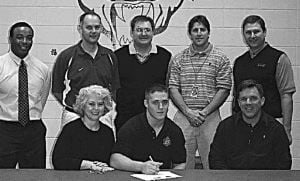 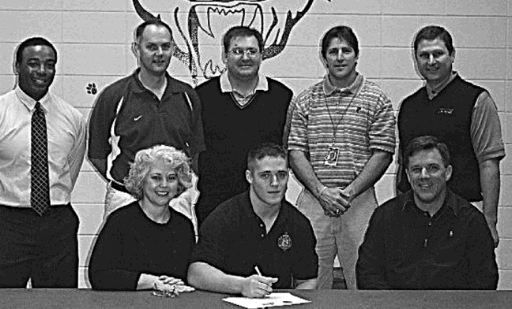 Pictured with him are his parents, Cheri and Ed Addicks, along with (back, from left) Brenham High assistant coaches Lanny Williams, Tim Oehrlein, Stephen Lee, Stephen Puckett and head coach Glen West.